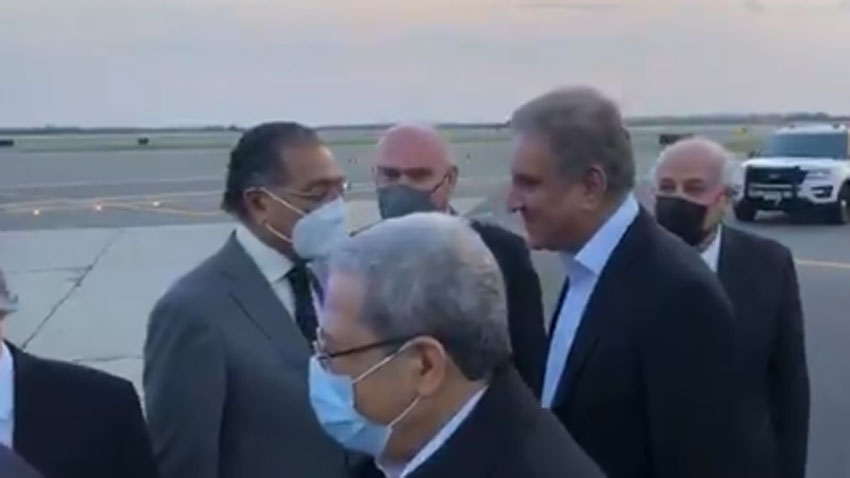 According to statement of Foreign Office, the foreign minister will represent Pakistan’s stance on the Palestine issue and raise his voice forcefully to call for an end to atrocities being committed against innocent Palestinians by Israel.

Speaking at dinner hosted by him at Pakistan Embassy in New York in the honour of the foreign Ministers who have arrived there to participate in United Nations General Assembly’s emergency session on situation in Palestine, Shah Mahmood Qureshi highlighted atrocities being committed by Israeli forces, the miseries of Palestinian people and threats to regional peace, and diplomatic efforts made by Pakistan in this regard.