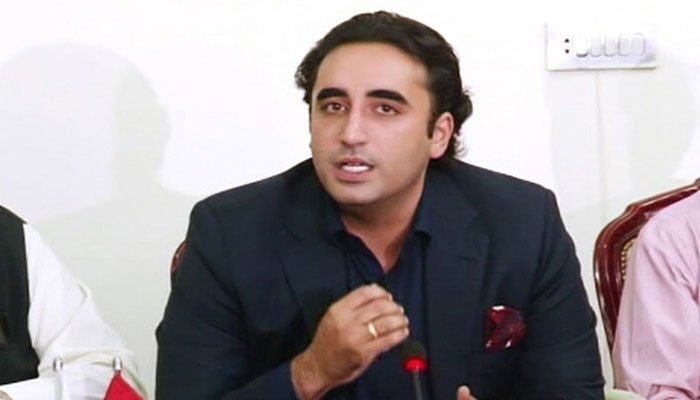 KARACHI: PPP Chairman Bilawal Bhutto Zardari has alleged that the worst corruption is being committed during the Pakistan Tehreek-i-Insaf (PTI) government.

He added that the record corruption is responsible for the country’s current economic plight. He alleged that PTI bigwigs were busy in corrupt practices by leaving masses at the mercy of inflation. “Prime Minister Imran Khan, who is the ‘architect’ of the country’s economic collapse, could not hide his ‘incompetency’ and ‘corruption’ by making his ministers and advisers scapegoats,” the PPP chairman commented. He said Imran is the most incompetent Prime Minister in country’s history. In a statement issued on Wednesday, he said Prime Minister Imran Khan was the man behind all problems and these problems can be resolved by getting rid of him.

He said since Imran Khan was imposed on Pakistan, flour prices have skyrocketed by 30 percent. “Puppet prime minster had turned out to be the patron of mafias, enabling them to snatch even the last morsel from the mouths of the poor by artificially hiking flour prices while the rate of inflation and prices of essential commodities in the country have escalated by 15 percent,” he said. Bilawal said Imran Khan’s imposition as chief executive of this country and his subsequent incompetence had exposed his slogans of change and anti-corruption. “Imran Khan has completely been exposed to be the most incompetent prime minister, and he is totally unfit to run the country,” he added.

The PPP chairman also said the matrix of economic growth of a country lies with the living experience of the masses, not fudged reports tailored by subordinates sitting in air-conditioned rooms to deceive the masses for pleasing their masters. He said it was a shame that the chief executive of a country like Pakistan has no policy to improve economy, and keeps it dependent on loans and aid by begging from world. A chief executive that believes begging is a sustainable and feasible policy to pull a country out of crises can never rid the country of inflation, he added. “The only way out of the economic quagmire is to get rid of the selected prime minister,” he added. Bilawal said the flawed economic policies of the PTI-led federal government had pushed at least 2.5 million citizens below the poverty line in just one year. He said Prime Minister Imran Khan is ignorant of the ground realities in the country. “He talks about economic growth but doesn’t know workers have seen their wages slashed by up to a quarter,” he pointed out.