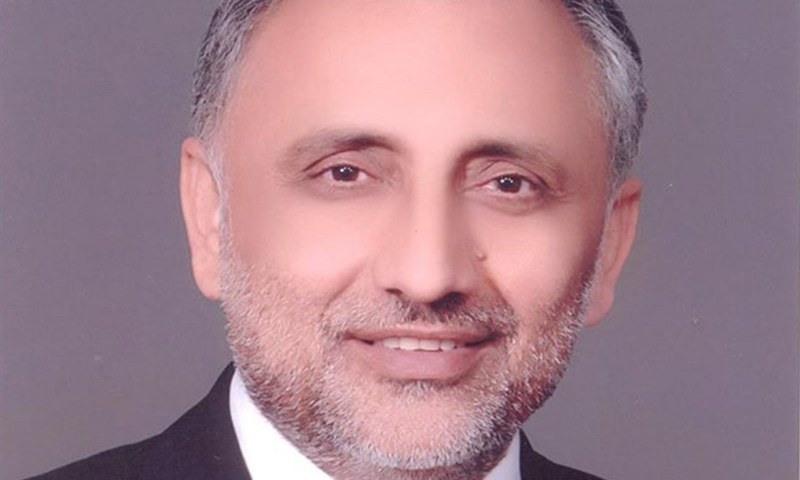 Both change and stability are essential for life. Change is good only when it is beneficial to humanity and only those nations, which are equipped with knowledge and possess the desire to serve humankind, survive.

As human beings, we must consider whether we are keeping up with the change of time and space. Do we have the knowledge we need to meet the demands of our age? Do we have the desire to serve humanity? Do we respond appropriately to contemporary challenges? This is exactly what the great modern historian Arnold Toynbee calls the ‘theory of challenge and response’ in his monumental book ‘A Study of History’, in which he explains the rise and fall of nations throughout human history.

With individual civilisations identified as units, Toynbee presents the history of each civilisation in terms of challenge-and-response. Civilisations arose in response to a set of challenges of extreme difficulty and creative minorities devised solutions that reoriented their entire societies.

Challenges and responses were physical, as when the Sumerians exploited the intractable swamps of southern Iraq by organizing the Neolithic inhabitants into a society capable of carrying out large-scale irrigation projects; or social, as when the Catholic Church resolved the chaos of post-Roman Europe by enrolling the new Germanic kingdoms into a single religious community.

When a civilisation responded to challenges, it grew. Civilizations declined when their leaders stopped responding creatively, and sank owing to nationalism, militarism and the tyranny of a despotic minority.

Toynbee argues that societies die from suicide or murder rather than from natural causes, and nearly always from suicide. He sees the growth and decline of civilizations as a spiritual process and that man achieves civilization, not as a result of superior biological endowment or geographical environment, but as a response to a challenge in a situation of special difficulty which rouses him to make a hitherto unprecedented effort.

Islam, being the religion of nature, advocates this philosophy. Iqbal says:

As a cultural movement Islam rejects the old static view of the universe, and reaches a dynamic view. The ultimate spiritual basis of all life, as conceived by Islam, is eternal and reveals itself in variety and change. A society based on such a conception of Reality must reconcile, in its life, the categories of permanence and change. It must possess eternal principles, to regulate its collective life, for the eternal gives us a foothold in the world of perpetual change. But eternal principles when they are understood to exclude all possibilities of change, which, according to the Quran, is one of the greatest “signs” of God, tend to immobilize what is essentially mobile in its nature. The failure of Europe in political and social sciences illustrates the former principle; the immobility of Islam during the last five hundred years illustrates the latter. What then is the principle of movement in the structure of Islam? This is known as Ijtihaad.

The question arises: how can we ensure that we catch up with change, that we are heading towards good and that we are beneficial to humanity. To achieve these purposes, we have to undergo a process of self-evaluation and self-reckoning.

Self-reckoning can be carried out in two ways: either we do it ourselves or we allow others to do it for us. Islam teaches us self-reckoning. Allah likes the act of self-reproach. Rather, Allah has sworn by it (Quran, 37:2). It is an essential ingredient of the teachings of Sufis that every night, before we go to bed, we should assess and evaluate our activities of the day. We should evaluate ourselves at every step, at every moment.

The Sufis have two doctrines: (i) Watch your Step! (Nazar bar qadam): Direct yourself constantly towards the goal. Watch your step also refers to watching circumstances, feeling when it is the right time for action, when it is the right time for inaction and when it is the right time to pause. Some have said that Nazar bar qadam is an expression that refers to the wisdom inherent in one’s natural disposition; (ii) Attentiveness (Nigah dasht): Struggle with all alien and weak thoughts and actions. Be always mindful of what you are thinking and doing so that you may put the imprint of your immortality on every passing incident and instance of your daily life. Be watchful. Be aware of what catches your attention. Learn to withdraw your attention from undesirable objects. This is also expressed as be vigilant in thought and remember yourself.

This means that we have to be ever careful and watchful in every respect of our thoughts and actions. This constant self-reckoning is the sine qua non for our survival as individuals and as a nation: ‘The people, who evaluate their activities in every age, are like swords in the hands of Destiny’. (Iqbal)

Islam has accepted the dual principles of change and stability. In Islam, there are also certain doctrines that are Muhkamat (eternal), that are not subject to change with either the passage of time or space.

He it is Who has sent down to thee the Book: in it are verses basic or fundamental (of established meaning); they are the foundation of the Book: others are allegorical. (Quran 3:7)

In order to keep pace with change, Islam has given us the concept of Ijtihaad. The word ijtihaad is derived from the Arabic word jahada, meaning struggle. Specifically, ijtihad means to ‘struggle with oneself’ through deep thought. Ijtihad, in Islamic law, means the independent or original interpretation of problems not precisely covered by the Quran, Hadith (traditions concerning the Prophet’s life and utterances) and Ijma (scholarly consensus). In the early Muslim community, every adequately qualified jurist had the right to exercise such original thinking, mainly raay (personal judgment) and qiyas (analogical reasoning), and those who did so were termed mujtahids.

But with the crystallization of legal schools (madhhabs) under the Abbasids (reigned AD 750 – AD 1258), the Sunnis (the majority sect within Islam) held at the end of the 3rd century A.H. that the Gates of Ijtihad were closed and that no scholar could ever again qualify as mujtahid. All subsequent generations of jurists were considered bound to Taqlid, the unquestioned acceptance of their great predecessors as authoritative, and could, at most, issue legal opinions drawn from established precedents. The Shiates (the minority sect within Islam) never followed the Sunnis in this respect and still recognize their leading jurists as mujtahids.

Several prominent Sunni scholars, such as Ibn Taymiyyah ( 1328 AD) and Jalal al-Din al-Suyuti (1505 AD), dared to declare themselves mujtahids. In the 19th and 20th centuries, reformist movements clamored for the reinstatement of ijtihad as a means of freeing Islam from harmful innovations (bid’ahs) that had accrued through the centuries and as a reform tool capable of adapting Islam to the requirements of life in a modern world.

Abiding by basic principles (Muhkamat), Islam commands us to respond to every new challenge by means of ijtihad. The Quran and Ahaadis are to be explained and reinterpreted in every age. If we do not find guidance in the Quran or Ahaadis, then we are instructed to use our intellect and analogy. The Prophet had appointed Ma’az-bin-Jabal, a Sahabi (companion) of the Prophet, as the Chief Judge of Yemen, which had come under the political control of Madinah.

The Prophet asked Ma’az bin Jabal: ‘Through what will you judge?’

Ma’az replied: ‘Through the book of God’.

‘And if you find nothing in the book of God?’

Ma’az went on ‘I shall judge according to Sunnah (tradition) of God’s Messenger, ‘And if you find nothing in the Messenger’s tradition (Sunnah), Ma’az answered confidently, ‘I shall not fail to make an effort (ijtahidu) to reach an opinion.’

This answer satisfied the Prophet, who concluded, ‘Praise be to God who has guided     His Messengers to what satisfies God’s Messenger’ (Abu Dawud).

It is abundantly clear from this Hadith that the Prophet visualized that, in the ongoing process of the development of human civilization, a time would certainly come when the Muslims would not be able to get direct guidance from the Quran or Sunnah. He, therefore, greatly appreciated Ma’az bin Jabal’s reply that he would think independently (ijtihidu) to judge on matters, where the Quran and Sunnah were not helpful, keeping in mind the basic principles of compassion, justice, honesty, impartiality, and equality as laid down in the Quran. This is the origin of the concept of ijtihaad.

Another Hadith is worth mentioning in this context. When the Prophet (PBUH) went to Madinah, he did not like the process of pollination of date trees.Talhah b. Ubaydullah narrates: I was with Allah’s Messenger (PBUH), when we passed by some people who were tending the tops of their date palms. He asked: ‘What are these people doing?’ (Some people) replied: ‘They are pollinating the trees by bringing the male parts into contact with the female parts.’ Allah’s Messenger (peace be upon him) said: ‘I do not think that this brings any benefit.’ They were informed of this and abandoned the practice.

Then Allah’s Messenger (peace be upon him) was informed of their abandoning it and said: ‘If that will benefit them, then they should practice it. Indeed, I only ventured a thought. Do not hold me accountable to what I think. However, when I speak to you about anything regarding Allah, then accept it, for indeed I never speak falsely about Allah the Almighty.’ He also said: ‘You know best the affairs of your worldly life’. (Muslim)

This has given the concept of belief in the common prevalent good Ma’ruf. Urf is a custom, which is very well accepted by the collective conscience of the people and is a trusted tradition. In Arabic, a habit or custom that is widely accepted and respected is known as Ma’ruf. Ma’ruf is an Islamic concept, meaning that which is commonly known, understood, recognized, acknowledged, and accepted. Ma’ruf, in various forms, has been referred to in more than forty places in the Quran. According to the Quran and the Prophet (PBUH), whatever has been agreed or developed by the collective consciousness of mankind has to be accepted by Muslims as binding.

It can be deduced from these readings from the Quran and Hadiths that it is obligatory for all Muslims to acquire contemporary knowledge and accept common good practices. The principles of ijtihaad and Ma’ruf are tools examples to follow to keep pace with change. Muslims of earlier periods found out solutions to many problems by following these divine principles. In fact, they created new disciplines and led the world. That is how they ruled the greater part of the world for centuries.

As a community, Muslims have closed the doors of ijtihaad and have stopped believing in Ma’ruf as well. They are chained to the past. They are a constant, a relic of the past, no longer keeping pace with the world around them. A serious analysis is required to see where Muslims stand today and where we might go tomorrow.

Death, not life, is the life where there is no revolution stir;

Change, upheaval, the air breathed by the nation’s soul. (Iqbal)