Says test cricket should not be sacrificed for short-format cricket 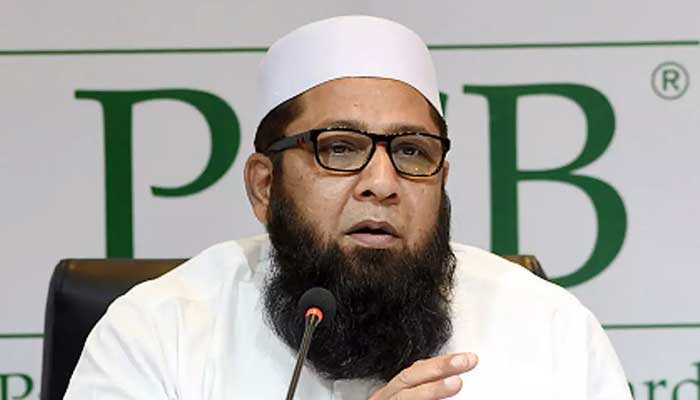 LAHORE: Former Pakistan cricket captain Inzamam-ul-Haq lashed out at the Pakistan Cricket Board (PCB) on Tuesday for replacing a Test match with two T20I matches for the upcoming West Indies tour.

PCB CEO Waseem Khan had announced a few days ago that the PCB and the Cricket West Indies had mutually decided to include two T20Is in place of a Test match to prepare for the upcoming T20I World Cup.

“Test cricket should not be sacrificed for short-format cricket,” said the former captain. “If any other board in the world does the same, it is wrong. If cricketers start doing this [prioritising short-form cricket over Test matches], then it will not bode well,” he added.

He cited the example of the South African cricketers, who opted to play for the Indian Premier League (IPL) instead of playing for their national side when Pakistan was touring the country.

Commenting on the state of Pakistan’s bowling attack, he said the higher-ups in the PCB were upset when Mohammad Amir announced he was retiring from cricket.

“There were also rumours that Wahab Riaz wants to play One Day International and T20 cricket instead of Test matches,” he said.

Pakistan will play five T20 Internationals and two Test matches against the West Indies in July and August, as per the schedule announced by the PCB a few days ago.

The schedule was confirmed on Saturday, according to which the series will take place from July 21 to August 24.

The tour, which will take place following the ODI and T20I series in England, will commence with two T20Is in Barbados on July 27 and 28. There will be three T20Is in Guyana on July 31, August 1, and August 3.

After a two-day practice match on August 6-7 in Guyana, Pakistan will move to Jamaica, where the two Tests will be held at Sabina Park from August 12-16 and from August 20-24.

PCB Chief Executive Wasim Khan had said: “The tour to the West Indies is always a valued and prized tour for the Pakistan cricket teams.