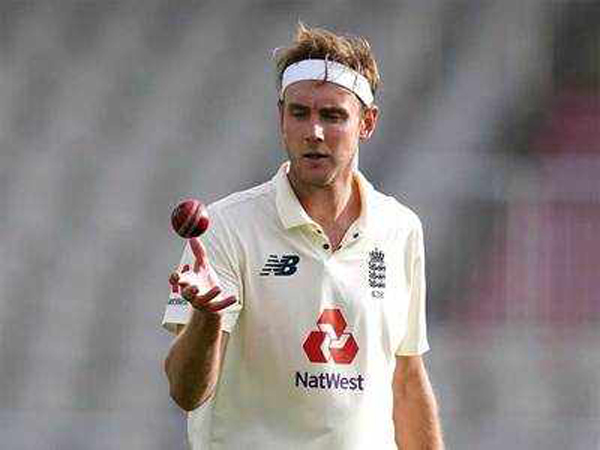 LONDON: Stuart Broad has warned against Test caps being given out “free and cheap” due to England’s controversial rest and rotation policy.

But Broad, now a Test specialist, accepted multi-format England teammates such as the currently injured Jofra Archer would need careful handling if they were to be fit for both this year’s Twenty20 World Cup and the subsequent Ashes series in Australia.

Smith’s post was abolished last month, with England coach Chris Silverwood now in sole charge of selecting the side.

Broad’s tally of 517 Test wickets is second only to that of longstanding new-ball colleague James Anderson among England bowlers, yet he was still left out for last season’s opening match against the West Indies.

It was a move that left the 34-year-old Nottinghamshire seamer feeling “frustrated, angry and gutted.” However, Broad responded by becoming England’s leading bowler of the 2020 Test campaign, with 29 wickets at a miserly average of 13.41.

“A lot of people have bosses who don’t rate them as much as other people, and I think he was mine,” said Broad of his relationship with Smith.

England’s rotation policy has been designed to ensure players don’t get burned out due to both a congested schedule and the extra demands of playing bio-secure cricket amid the coronavirus pandemic.

Broad, regretting what he felt was a lack of communication from former England batsman Smith, said he would accept being rested by Silverwood if “it was explained in a good way.”

“Test caps aren’t there to be given out free and cheap.

“We work very hard for the opportunity to play Test cricket, and you have to earn your stripes.”

The past year has witnessed several occasions where England have left one of Broad or Anderson out from their Test side when both bowlers have been fit, a move team management justified by the need to maintain the duo’s fitness and give other bowlers experience of taking the new ball.

Broad, speaking at an event organised by England sponsor Lifebuoy soap, made it clear he was ready to be an ever-present in this season’s seven Tests at home to New Zealand (two) and India (five).

“I don’t think many could argue against Jimmy (Anderson) and I being in the best bowling attack in England, but if you need to get experience and overs into bowlers that is what it is,” he said.

Fast bowler Archer, a hero of England’s 2019 50-over World Cup triumph, has been ruled out of next month’s series with New Zealand due to a persistent elbow injury that could required surgery.

“I’m sure the ECB (England and Wales Cricket Board) will be thinking long and hard of what the next step is, but it’s probably a little bit more intensive than rest and recoups now, isn’t it?” said Broad.

“Obviously, the New Zealand and India series are huge for us, but if I was looking at Jofra Archer, I’d want him bowling my last over in the T20 World Cup, and I’d want him playing at Brisbane (the expected venue for the first Ashes Test).”

“Without being disrespectful to any other type of international cricket, you do have to get him right for the games you want him right for.”