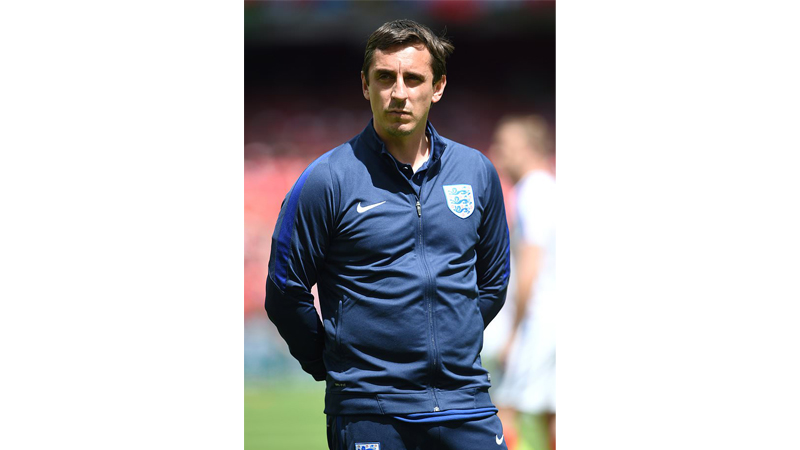 The call for action came in an open letter from Neville, signed by Jamie Carragher, Rio Ferdinand, and Gary Lineker, as well as journalists and leading members of fan media organisations.

The ESL sought to guarantee top-level European football every season for 15 founder members without qualifying through their domestic leagues.

Within 48 hours of the proposals being launched, all six English clubs involved — Manchester United, Liverpool, Manchester City, Tottenham, Chelsea, and Arsenal — withdrew due to the backlash from fans, the UK government, and governing bodies.

“As football fans, we were appalled by the attempt to set up a European Super League,” the letter began.

“It was a direct threat to the integrity of the game, destroying the concept of sporting merit and open competition. Supporters came together with one voice to oppose the cynical power-grab by a group of wealthy owners. The furious protests were heard, and the breakaway fell apart.”

The foundation of the Super League prompted the British Government to bring forward the fan-led review it promised in its 2019 General Election manifesto.

The review will be led by former sports minister Tracey Crouch and will assess the need for an independent regulator.

Neville’s letter added: “We welcome the fan-led Government review of the game and hope it leads to lasting change on an array of important concerns, including coordinated strategies to deal with racism, supporters’ representation within clubs, LGBTQ issues, ticket costs, and the distribution of income. All of those aims can be realised if we take decisive action now.”

The letter signatories called for a regulator that could “prioritise the wider good of the game, rather than allow clubs to act solely in their own self-interest.”

“Clearly, we’ve had some problems over the last 18 months but so has every industry sector,” said Masters. “I don’t think an independent regulator is required, but that’s not to say that we won’t fully co-operate with Tracey Crouch’s review.

“We will be willing participants who will listen and contribute, and hopefully, we’ll come up with the right formula.”

The Premier League plans to strengthen its rules and regulations and implement an Owners’ Charter to prevent future breakaway attempts.