Lebanon crisis cancels school for many 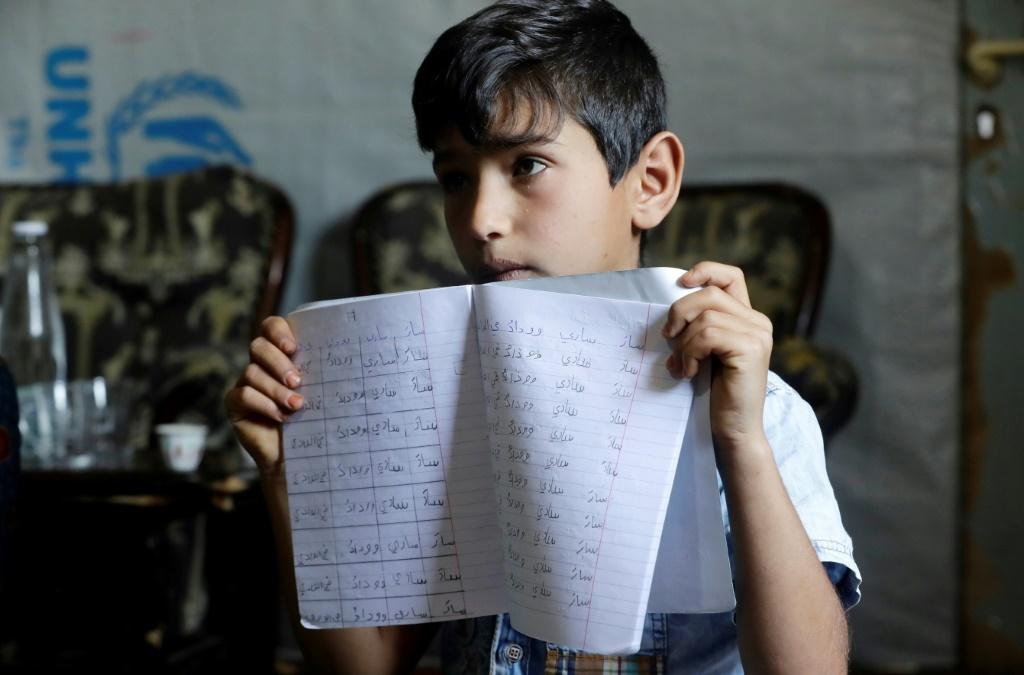 In a camp for Syrian refugees in east Lebanon, Mohammad and his three sisters fear they will be out of school for a third consecutive year because remote learning is out of reach.

“Look at my phone. How do you expect my son to study on it?” asked his father Abdel Nasser, sitting cross-legged inside the family’s tent in the Bekaa Valley.

“The screen is cracked… and I have no internet.”

Eleven-year-old Mohammad and his siblings are among tens of thousands of Syrian, Lebanese and Palestinian children who have been left for months without schooling due to coronavirus restrictions. An accelerating economic crisis means they may never return to school in what rights groups are calling an “education catastrophe”, especially affecting refugees who already struggled to access learning before the pandemic.

“We can’t afford to buy a cellphone for everyone. We must first be able to feed our children,” said their mother Shamaa.

Mohammad arrived in Lebanon from Syria in 2012 — a year into an ongoing conflict that has killed 388,000 people and displaced millions. But he wasn’t enrolled in school until 2019 because Lebanon’s public school system didn’t open its doors to Syrian refugees until 2013, and even then only to a limited number. Mohammad’s first school year coincided with the Covid-19 pandemic, which brought all classes to a halt by the second term.

“He doesn’t even know how to multiply one by one,” his father said.

Mohammad’s older sisters Hind, Sarah and Amal — aged 12 to 14 — had already been in school for four years when the education ministry in March 2020 said it was shifting to online learning.

“I was happy before,” 14-year-old Amal said, sobbing. “I was studying Arabic, English, science and geography.

“But now my parents can’t afford to give me an online education.”

More than 1.2 million children in Lebanon have been out of school since the country’s coronavirus outbreak began last year, the UK-based charity Save the Children says. It warned last month that a large number of children may never get back into a classroom, either because they have already missed so much school or because their families can’t afford to enroll them.

“Education for thousands of children in Lebanon is hanging by a thread,” it said.

Lebanon’s economic crisis is at its worst since the 1975-1990 civil war, with more than half the local population now living in poverty. Poverty rates are even higher among Syrians, with 90 percent of families barely able to survive.

Lisa Abou Khaled of the United Nations refugee agency (UNHCR) says this is impacting education. “Some Syrian children have had to give up their studies to work and help their families,” she told AFP.

Citing data from Lebanon’s education ministry, she said 25,000 Syrian students should have re-enrolled or entered grade one in 2020-2021 but did not.

“We think the real number is higher than that,” she added, estimating that more than half of Syrian school-aged children were currently out of the classroom.

The education catastrophe is also real for the tens of thousands of Lebanese who have lost jobs or seen their income slashed since the economic crisis accelerated in 2019. Inside a cramped apartment in the eastern Beirut suburb of Burj Hammoud, 11-year-old Pamela points to a keyboard — the only thing that remains from a desktop computer destroyed during last summer’s huge Beirut port explosion.

The August 4 blast, which killed more than 200 people and destroyed swaths of the capital, hit Pamela’s home and piled new misery on a family already brought to its knees by the financial downturn. The family couldn’t afford to buy a replacement as it had become far too expensive due to the rapid devaluation of the Lebanese pound.

“So, I started to follow lessons on my cellphone,” Pamela said.

As she has impaired vision, a small screen was already a nuisance. But then power outages lasting up to 18 hours a day also left her struggling to keep her phone alive and connected to the internet.

She decided to drop out.

“I was disgusted with online education, I couldn’t take it anymore,” she said.

Her father, an out-of-work taxi driver, said he had wanted Pamela to drop out months ago.

“I don’t give a damn about education or this country,” he said.

But Pamela hasn’t entirely abandoned hopes of returning to school.

“I want to study so that I can get a decent job later and be able to help my parents.”