Who was the real Iqbal?

* He was a true individualist, after suddenly dropping out of the Khilafat Movement, a leader of the movement visited him and found him relaxing on a sofa and smoking a hookah 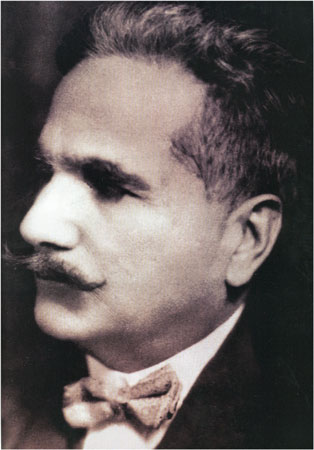 Pakistan is a young nation, spanning over 70 years, with only a handful of heroes. In its most prized and celebrated heroes, we find only two men; Quaid-e-Azam and Sir Allama Muhammad Iqbal.

After its hasty and immediate birth, Pakistan sought to devise and establish its ideology. So, the state chose Iqbal as the corner stone for Nation’s philosophy. But after, going 60-70 years ahead in time, we see and can clearly distinguish between the two variants of Iqbal before us. In this article, I endeavour to explain both:

IQBAL – a middle aged person, with a pen resting on his lips, is in a state of dormant thought, as visible from his ever closed eyes. This Iqbal is found on the walls of Pakistan, from the Parliament House, to the smallest post office. With its most favourite, place being the walls of school and college auditoriums.

This Iqbal seems to teach the Pakistani youth the abstract values of courage, piety, pride and fearlessness, but void of any plan to inculcate them in their lives; only leading them to an abstract world. He stirs the minds and motivates youth to go back to the golden era of Islam, denouncing the modern world. He glorifies the past, thus stopping him from exploration and experimentation. This Iqbal doesn’t propagate the idea of philosophy, critical thinking and continuous evolution. Rather, he preaches stagnation and dormancy of thoughts.

Another thing, this Iqbal lacks is a living personality and biography. He appears as a pious thinker with no human interactions and no public life; completely indifferent to worldly matters. More so, he is not interested in the religious debates and disputes, and shies away from giving his opinion in context of religious jurisprudence and affairs. Nonetheless, he never lets off a chance to criticize the West, which remains his sole subject of criticism. We see him disapproving of reason and favouring ishq, “Spiritualism” in its battle against intellect. He takes more of himself in the mould of a Sufi, devoid of any sense of diplomacy and politics; as a mere person, residing in seclusion to the mountains.

IQBAL-E-LAHORI – the Original Iqbal or Iqbal-e-Lahori, as Iranians called him, is a much more realist. He lives and strives in the world of realism. He hasn’t gone to slumber in his study, with his imaginary flowery ideas. Rather, when he takes the pen in his hand, he is the Napoleon of philosophy; sifting through the dire obstacles of life and exercising ever new tactics to solve the Modern world dilemmas.

This Iqbal teaches the young man to be zealous and to be in the world of reality. He gives him the title, “New Muslim Man”; emerging leader of the world. This philosopher guides him to be one of his kind; with no predecessor to follow; with no example, neither from west nor from east. He gives the idea of glorious Muslim past, but not only to be cherished and celebrated; but to be rediscovering such an even better civilization. He holds the Holy Prophet (Peace Be Upon Him) in the highest ranks of love and respect; yet he doesn’t only pay the lip service to his master, but he strives to conceive a post-colonial and post modernism Welfare Islamic state.

Instead of going back to achieve the successful and aesthetic Islamic past, he strides in the distant future, establishing an even more great civilization under the guidance of Allah Almighty.

This intellectual of Lahore, doesn’t probe through the aftermath of life, instead focuses on everyday development of actions. He doesn’t pay long hours of heed to afterlife or past, but for the aspects of worldly life and unchartered future. In his lectures on Reconstruction of religious thoughts, one can read his uncompromising stance on the intense need of Ijtihad in matters of shariah as a solution to the problems of modern world Muslims. Furthermore, he mentions some examples in this regard.

In the preface ending of his above mentioned lectures, he says “There is no such thing as finality in philosophical thinking. As knowledge advances and fresh avenues of thought are opened, other views, and probably sounder views than those set forth in these lectures, are possible”.

The essence of continuous growth and evolution can be seen, streaming from his mind. He doesn’t believe in the satisfaction and utter acceptance of one set of thoughts and values. Rather, he is busy exploring diverse ideas. He even tried to devise a soft corner between Islam and communism in his conscience. More so, he viewed the successes of communism against capitalism as the ground preparation for Islamic renaissance.

Iqbal-e-Lahori has a wide range of relationships with the other of his kind. Using his wit and genius, he arrests the attention of western educators and elite. Engrossing himself with the working Muslim class, he decorates himself with laurels from public. So, one can see him to be a man of diplomacy aligning himself with every sect of society; in the meantime, cultivating his own school of thought.

Another thing, popular about Iqbal-e-Lahori is his essays, letters and treatises on different social and religious issues. In these works, he comes out as a sole warrior; confronting both the Left and the Right. We see him emphasizing the individualism, when he is in the herd; he takes himself away from the herd and stands as the Neitchze’s Super man. He was a true Individualist, after suddenly dropping out of the Khilafat Movement, a leader of the movement visited him and found him relaxing on a sofa and smoking a hookah. The leader complained, “We read your poems and go to jail. But here you are enjoying a smoke?”

Iqbal casually replied: “I am the Nation’s qawwal. If the qawwal begins to sway with the crowd and gets lost in a trance, then the qawwali is over.”

Even a person of average intelligence can see him denouncing the dormant and good for nothing Muslim millat. Thus, he placed high hopes in Kamal Ata Turk’s reformism and struggle for independence. As a matter of fact, Iqbal read the statements of Kamal, during a long speech at Badshahi Mosque in presence of some 250,000 Muslims at Eid-Al-Adha prayer: “Lets pray brothers, that flag shall not fall down those bastions till doomsday. May the Sun of Islam remain bright; May Allah help Mustafa Kamal, the great leader who defends Muslims against Christians. May Allah bestow victory upon the last soldiers of Islam.”

Although, he didn’t support the later aspects of Kamal’s reformism yet he remained hopeful of Turkey’s future. In this respect, his Javed Nama read: “Mere Imitation of West will lead to self-alienation of East. These nations have to criticize the West”.

He indeed, wanted the Muslims to shatter the shackles of past and write new chapters of history.

Thus, this was a brief comparison of the two variants of this great man before us. With the former, existing as the hero of masses and the latter, lying deep down into the trenches of worn out books. To conclude, it means: Iqbal-e-Lahori sees a communist like worldwide Islamic revolution. On the contrary; Iqbal seems to be satisfied with the present and criticizing intellect.

The writer is a student at the University of Management & Technology, based in Bhakkar Punjab. He can be reached at muhammadnasirhussain005@gmail.com