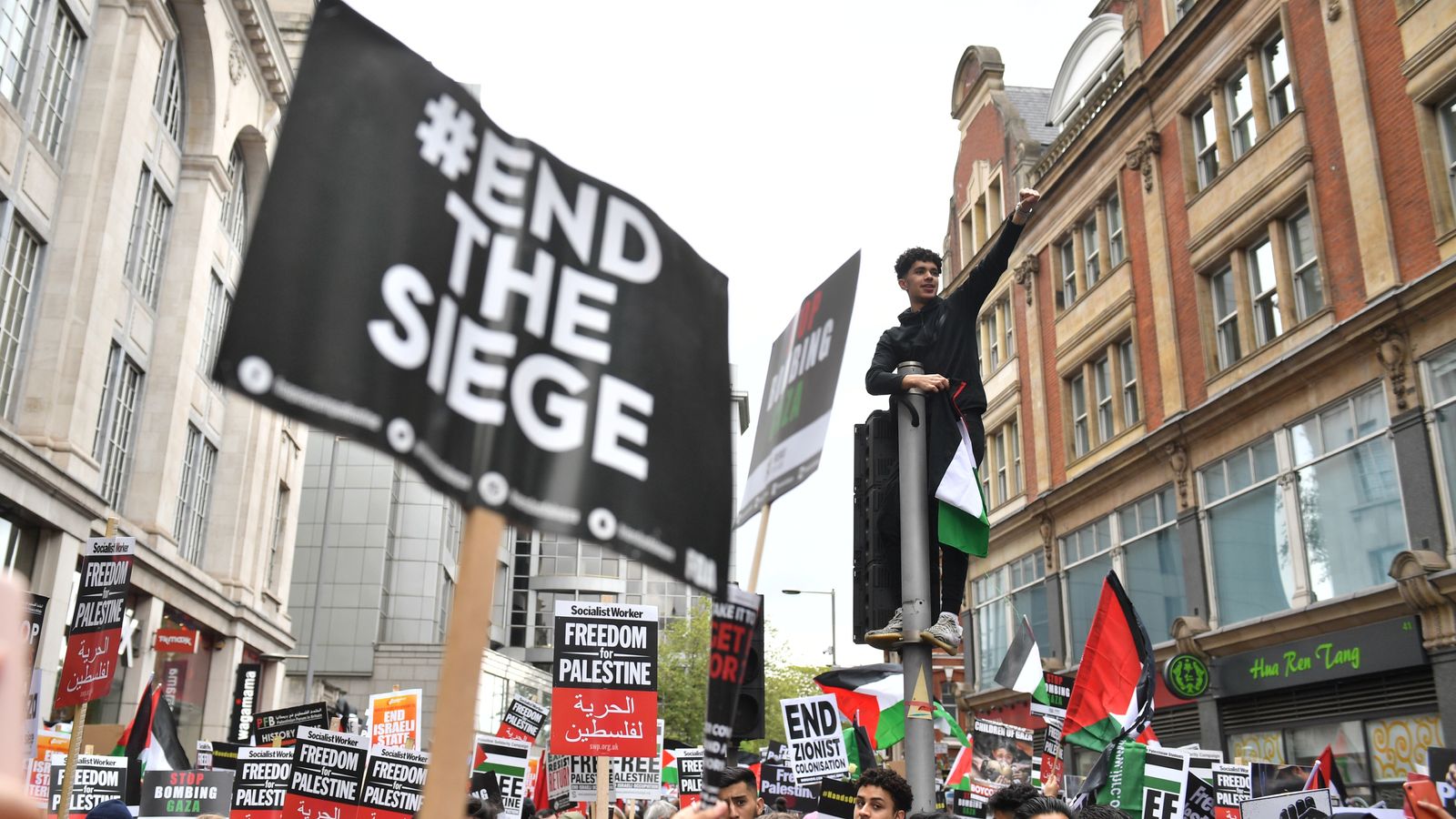 LONDON – British lawmaker Jonathan Cruddas, a senior member of the Labour Party, has asked the UK government of Prime Minister Boris Johnson to press Israel’s administration to end violations and injustices against Palestinians in the Middle East region.

He said that the UK government cannot be a ‘passive observer when it comes to events in the occupied Palestinian territories.’ He said that Britain must urge Israel to uphold universal law by taking immediate steps to end forced displacement of residents of the Sheikh Jarrah, a predominantly Palestinian neighbourhood in East Jerusalem.

In a response to British university lecturer Raja Rabail Tashfeen Khan, the lawmaker said that the scenes coming out of East Jerusalem are of a great concern. “I join you in condemning these acts of violence,” he told the lecturer. “I also found it completely unacceptable to see violent attacks on those (Palestinian worshippers) gathered at Al-Aqsa Mosque in Jerusalem.”

Jonathan Cruddas said that it was essential to respect holy sites. “I can confirm that as your member of the parliament I have written to Foreign Secretary (Dominic Raab) on this matter,” he said. Raja Rabail, the British-Pakistani national, told Daily Times that the British society is very open to speak against human rights violations anywhere in the world. 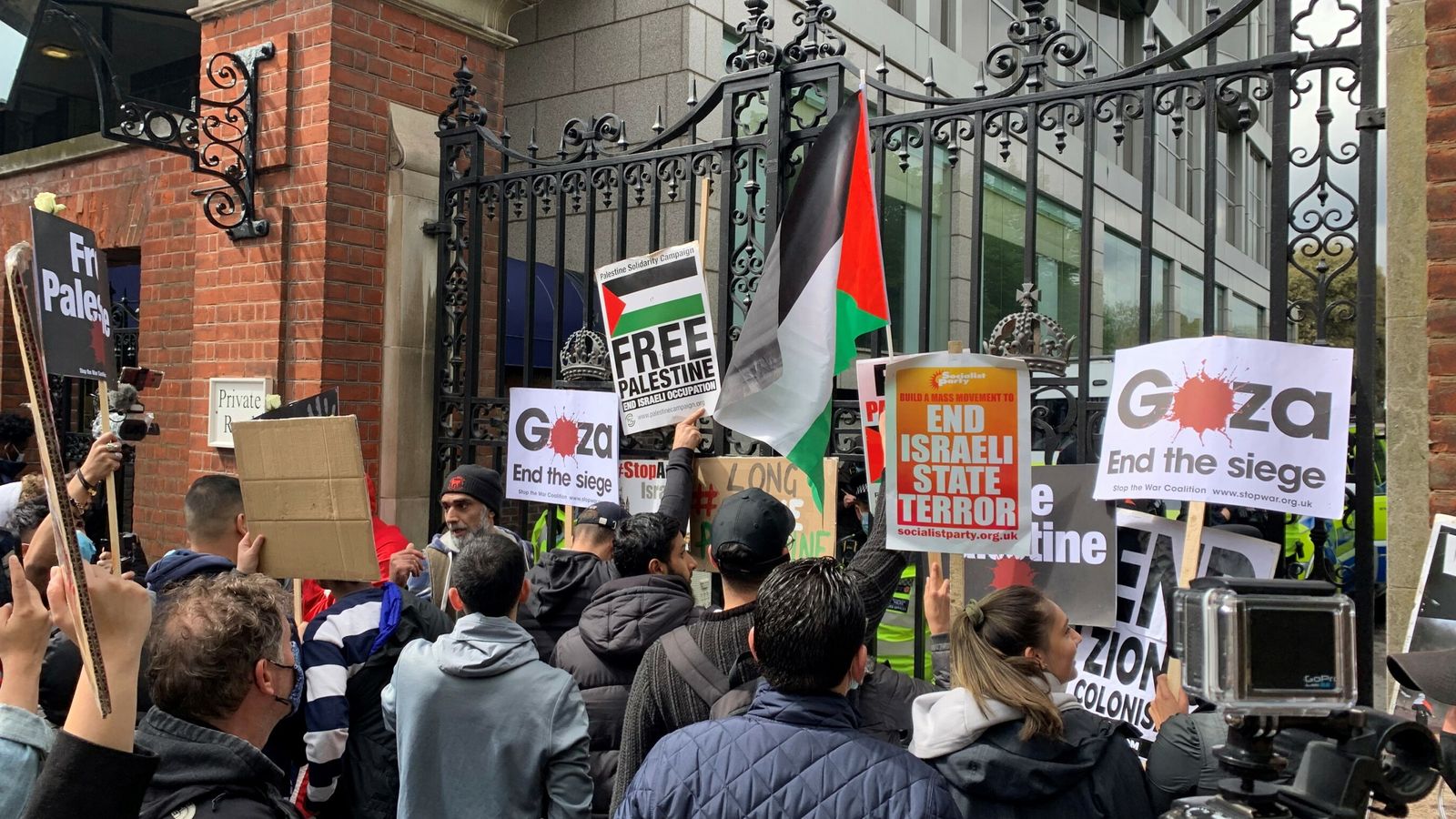 Thousands of people, including Palestinians, Pakistanis and British-Pakistanis, gathered on streets of central London in solidarity with Palestinians. Addressing the gathering, Labour Party leader Lisa Nandy said that the targeting of media offices in Gaza by Israeli air strikes is completely unacceptable.

She said that the UK must join its international partners in calling for an immediate ceasefire, an end to all rocket attacks and air strikes, and work with both Palestinian and Israeli leaders to prevent this dangerous situation deteriorating further. The organisers have demanded immediate action from the United Kingdom to end the brutal violence against Palestinians.

The foreign TV channels reported that thousands of people had marched through Hyde Park in central London, chanting free Palestine, and gathered outside the Israel Embassy in Kensington. The organisers said that 100,000 people had joined the crowds in Kensington outside the embassy.

“We must remember we are part of an international movement,” Labour’s leader Diane Abbott told the crowd on a makeshift stage on Kensington High Street. “This is a worldwide movement for justice. Palestinians are having their land seized and they are now being killed in their homes. All of this is illegal.”

On the occasion, former Labour leader Jeremy Corbyn said that it’s “our global voices that will give succor, comfort and support in those settlements alongside Gaza and all over the West Bank, East Jerusalem” who are suffering at this time. Palestinian Ambassador Husam Zumlot told gathering that this time “we will not be denied any more, as we are united.”

On Sunday, Pope Francis called for an end to the violence, saying he was following with particular concern events that are happening in Jerusalem. “I pray so that this might be a place of encounter and not violent clashes, a place of prayer and of peace,” he said. “Violence only generates violence. Let’s stop these clashes.”