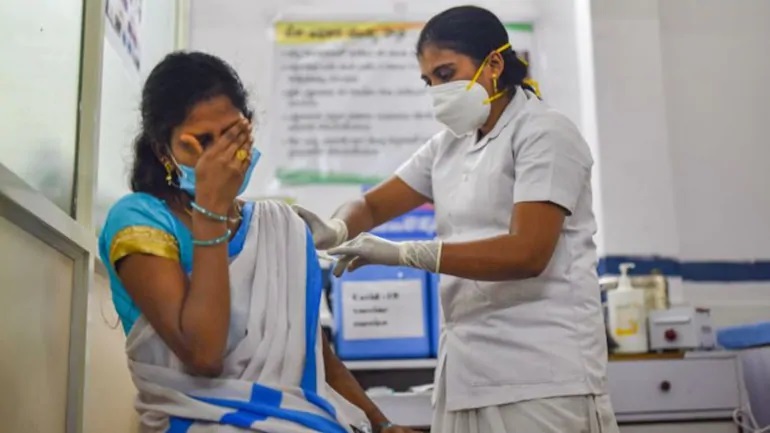 MOSCOW – India on Friday started deploying Russia’s Sputnik V coronavirus vaccine, the first foreign-made shot to be used in the country as it reels from an explosion in cases and deaths.

Sputnik in mid-April became the third vaccine to be approved by New Delhi along with the AstraZeneca shot – made in India – and the homegrown Covaxin of Bharat Biotech. The Russian Direct Investment Fund (RDIF), which helped finance the jab, said vaccination started in the southern city of Hyderabad on Friday, making Sputnik V the first foreign-made vaccine that is used in India.

In a statement, RDIF CEO Kirill Dmitriev said that the fund stands ready to support ‘our partners in India’ to launch a full-scale vaccination with Sputnik V as soon as possible. The first token batch of Sputnik vaccines – reportedly 150,000 of them – arrived on May 1 and a second delivery is expected in the next few days.

But a number of leading India-based drugmakers, including Virchow Biotech and Hetero Biopharma, have agreements for local production of Sputnik V with the aim to produce over 850 million doses of the jab a year. In recent days, India has been adding roughly as many new Covid cases as the rest of the world put together.

More than 260,000 Indians have died, according to official figures. Experts believe the true death toll could be over a million. The pandemic has eased slightly in recent days in major cities in New Delhi but appears now to be raging in India’s vast rural hinterland where two-thirds of people live.

Healthcare facilities are poor in rural areas and many locals rely on unqualified amateur doctors who are misdiagnosing Covid patients. More than 100 bodies have washed up on the banks of the Ganges in northern India in recent days while dozens of shallow graves have been found by the river.

India began vaccinating its huge population of 1.3 billion people in early 2021 but it has faltered. So far it has administered around 180 million jabs but only around 40 million people are fully vaccinated – around three percent of the population.

On May 1, it expanded the programme to cover all adults. Previously only those over 45 or certain groups like health care workers could get a jab. But because of dire shortages and confusion over prices, many Indian states have been unable to meet demand.

Technical problems have meant that those under 44 have struggled to make appointments on government apps. Those without smart phones – who make up a large chunk of the population – have largely been excluded altogether.

India is known as the ‘pharmacy of the world’ and is home to the Serum Institute, the largest vaccine maker in the world by volume. Until cases exploded, India was exporting millions of doses of the AstraZeneca jab to dozens of countries, including under the Covax initiative for poorer countries.

But Serum as well as Bharat Biotech have struggled to meet demand and they and the government are scrambling to hike production. Serum is making 60-70 million AstraZeneca doses per month, and is aiming for 100 million by July. Bharat is aiming to produce 10 million a month and targets 60-70 million.

Besides Sputnik, Indian firms have agreements to make other vaccines including that of Johnson & Johnson, but it could be months until these are deployed. According to the RDIF, Russia’s vaccine, which is named after the Soviet-era satellite, has been registered in 65 countries.

It has not yet been approved by the European Medicines Agency (EMA) or the US Food and Drug Administration (FDA). Some Western countries have been wary of Sputnik V over concerns the Kremlin would use it as a soft-power tool to advance its interests.

In August, Moscow registered the jab before large-scale clinical trials, but leading The Lancet journal has since said it is safe and more than 90 percent effective.