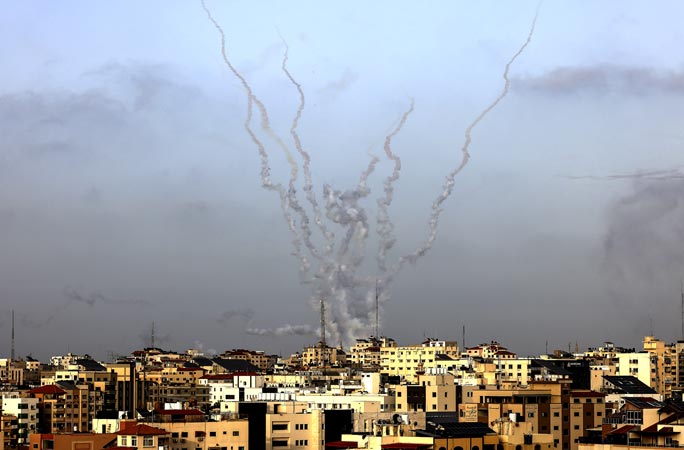 Gaza Strip: In complete disregard for international appeals, the Israeli planes and troops on the ground are carrying out brutal attacks in the Gaza Strip.

According to Al Arabiya that the Egyptian security delegation has left Tel Aviv following Israel’s launch of the major military operation as Israel rejected the Egyptian requests to have a humanitarian truce.

Meanwhile, Israel has intensified military preparations for ground operation and has deployed tanks on border with Gaza.

At least 7,000 army reservists have been called up and Israel has mobilized 10 reserve border patrol companies to help tackle the unrest between Arab and Jewish communities. Hamas group has expressed readiness for a “reciprocal” ceasefire if Israel stops military actions at the disputed Al-Aqsa Mosque.