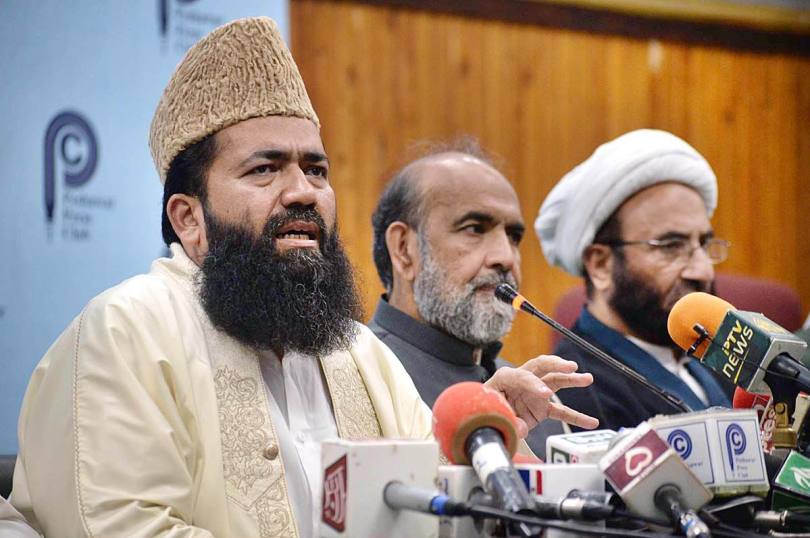 The Central Ruet-i-Hilal Committee meeting in Islamabad lasted more than four hours late on Wednesday night and at 11:30pm, announcement was made about the sighting of moon for the month of Shawwal.  The committee announced that Eidul Fitr will be celebrated across Pakistan on Thursday. The meeting presided over by committee chairman Maulana Abdul Khabeer Azad, while representatives of the Ministry of Science and Technology and the Meteorological Department were also in attendance.

The late night announcement and a video of committee member Mufti Yaseen Zafar which went viral on social media raised many eyebrows in Pakistan about sighting of Shawal moon. In the video, Mufti Yaseen Zafar can be seen receiving calls from unknown people and finally announcing that Shawwal moon has been sighted and Eidul Fitr will be celebrated across Pakistan on Thursday.

Many social media users questioned the logic behind late night announcement as the crescent is sighted so early.

In another video circulating on social media, former chairman of Central Ruet-i-Hilal Committee Mufti Muneeb is seen deploring the Central Ruet-i-Hilal Committee’s late night announcement. According to him, the late night decision has disturbed people observing Aitkaf and Taravih prayer congregations. Mufti Muneeb urged people to fast one extra day as compensation for the missed fast as Shawal moon has not been sighted but the government has announced so.

However, before the national body made its announcement, Mufti Shahabuddin Popalzai, who heads the local unofficial moon-sighting committee at Peshawar’s historic Qasim Ali Khan Mosque, declared Eid on Thursday.

On the other hand, Federal Minister for Information Fawad Chaudhry, who previously served as the science and technology minister, said the age of the new moon was only 13 hours and 42 minutes in Pakistan due to which it was “impossible” to sight the crescent today.

Earlier, in a bid to ensure that Eid-ul- Fitr is celebrated the same day across the country this year, Ruet-i-Hilal Committee members tried their best to persuade the clerics who have publicly opposed the announcement related to Shawwal moon-sighting by the government body in the past.

Several committee members had registered concerns to the Ruet-i-Hilal Committee chairman that such statements by the minister would only encourage clerics such as Mufti Popalzai of Peshawar to continue to undermine the authority of the committee this year too.