Misbahul Haq all praise for Babar Azam and his captaincy skills 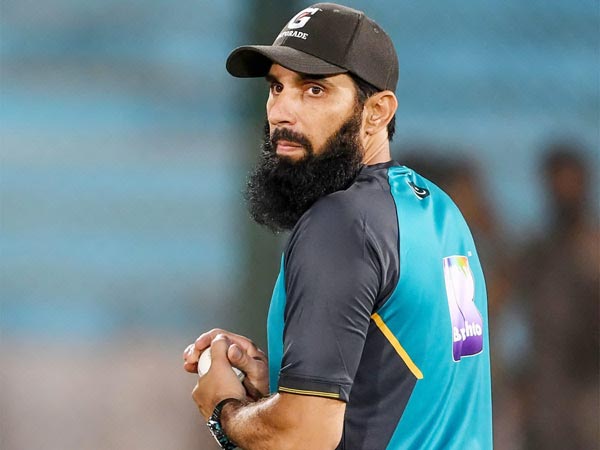 LAHORE: Pakistan’s head coach Misbahul Haq, in a virtual press conference on Tuesday, lauded the captaincy credentials of skipper Babar Azam while claiming that the prolific batsman would continue to prosper in the leadership role as he gains more experience. The 46-year-old believed that going through situations gives the captain an idea on how to tackle them in the future. “When you become the captain of the side, as you gain more experience and go through different situations, your tactics continue to improve accordingly. When you go through these situations again and again, you get an idea of what you need to do in them. You keep learning about these strategies as you play more matches. I think the same applies to Babar,” Misbah said.

The head coach was impressed by Babar’s cricketing sense which could only be applied by a world-class cricketer who understood the opposition’s strategies. “His overall cricketing sense is remarkable. He has proved himself in every format of the sport. This can only be done by a player or batsman who understands the tactics and strategies of the opposition teams. The same thing applies to captaincy. The only thing is that with time and experience, his tactics will keep on improving. I think the way he is improving and the experience he has, he is doing a tremendous job,” he concluded.

Misbah contradicts Ramiz Raja: Misbah contradicted former cricketer Ramiz Raja’s stance on Pakistan playing against lowly Zimbabwe by saying that it was important for the development of the sport for these teams to gain opportunities to become stronger. He believed that a selfish approach would hamper the development of the sport around the world and would also be an injustice for developing teams. “You can’t just think about yourself when playing cricket. If we do that I think it is an injustice to the sport and would hamper its development. Whichever teams are strong currently, just like New Zealand is at the top, whoever is not at the top was a starter and a weak team during the initial stage of their development. How will they improve unless they play and gain exposure?” Misbah said. “I don’t think this should be the mindset that we don’t allow these teams to compete. The real reason for the absence of that quality is because they are not getting that kind of cricket,” he added.

The head coach, however, did acknowledge that Pakistan needed to play more matches against the top-ranking sides of the world in order to improve further. Misbah’s statement goes against the thoughts expressed by former Pakistan opener Ramiz Raja who believed that the two-match Test series between Pakistan and Zimbabwe was a poor advertisement for the longest format of the game. Raja stated that such one-sided matches are a joke and it will force fans to watch other sports, instead.