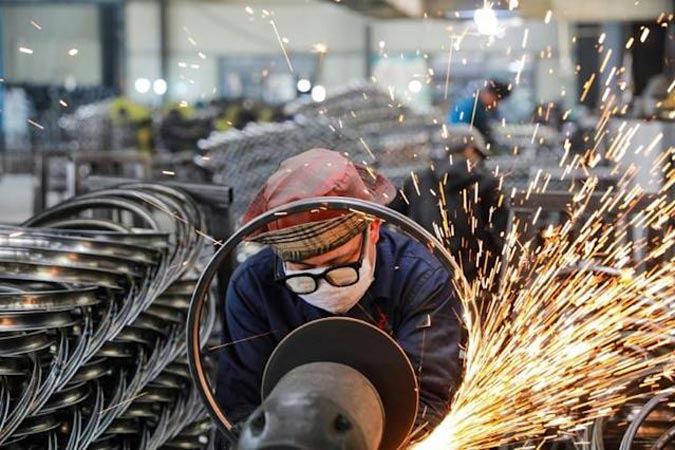 China’s factory gate inflation rose at its fastest rate in nearly four years last month, data showed Tuesday, as a strong recovery in the world’s number two economy sees a surge in demand for key commodities such as iron ore and copper.

The forecast-beating jump in prices comes as global investors grow increasingly worried that the blast in economic activity expected to be caused by the easing of lockdowns and reopening of economies could force central banks to wind back their ultra-loose monetary policies.

Having largely contained the coronavirus crisis early last year, China has enjoyed months of improvement and was the only major economy to expand in 2020.

The recovery has helped the country’s manufacturing sector bounce back strongly and its voracious appetite for commodities return. That has pushed the price of iron ore and copper, which are used in a wide variety of goods, to record highs.

The producer price index (PPI), which measures the cost of goods at the factory gate, rose 6.8 percent on-year in Aprils, the National Bureau of Statistics said, the highest since October 2017 and well up from the previous month’s 4.4 percent.

Analysts had predicted strong growth owing to the low corresponding figures for last year, when much of the country was closed to contain the coronavirus.

The key driver remains the rally in global commodity prices, said Capital Economics in a note, adding that supply shortages may persist for a while longer — keeping producer prices elevated in the near-term. China’s economy has bounced back since authorities brought the coronavirus crisis largely under control through strict lockdowns and border restrictions, and Beijing set a 2021 growth target of above six percent for the year with a mass vaccination campaign under way.

China’s CPI, a key gauge of retail inflation, had in recent years been driven up by pork prices after an African swine fever outbreak ravaged stocks. This has since stabilised with officials working to boost supplies of the country’s meat staple.

ING chief economist for Greater China Iris Pang, however, cautioned that the ongoing semiconductor chip shortage globally may soon bring “price increases in many parts and goods such as home appliances, cars, and computers” as well.