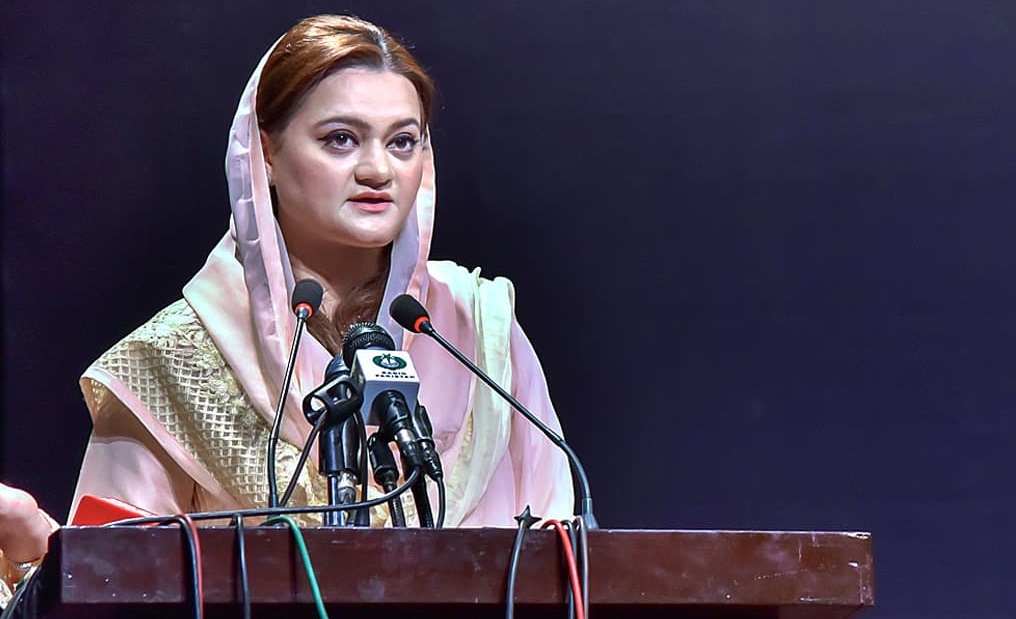 Pakistan Muslim League-N Information Secretary Marriyum Aurangzeb has said that by ordering a fresh investigation on Hudaibiya, Imran Khan has proved that all cases against Shehbaz Sharif to this day were fictitious, false and political victimisation.

From Saaf Paani, Lahore Metro, Multan Metro, Ganda Naala, and assets beyond means were all nothing but a ‘product of political vengeance’ and prejudice, she said while responding to a statement issued by Federal Minister for Information Fawad Chaudhry.

She said the ‘illegal team’ should tell Imran Khan and his ‘touts’ that the Supreme Court had already quashed the Hudaibiya reference. Even during the Panama papers when NAB tried to revive this inquiry, the court shut it down after hearing the ‘pack of lies’ from accountability body, she said.

Why don’t these rented mouthpieces tell that NAB moved the Supreme Court after the High Court but the Supreme Court maintained the same stance? She told the government to focus on the skyrocketing inflation rate and unemployment and stops its political circus of vengeance, diversion and victimisation.

Every time, Tehreek-i-Insaf and its leadership had to face a ‘slap on face’ from the courts, she said, and told Imran Khan and his party men to test the patience of the people who were already enraged after being crushed under inflation and taxes, imposed by this administration.

The PMLN information secretary said that Imran Khan and his administration has broken all records of inflation and lying in Pakistan. She said that record inflation rates and unemployment were expression of Imran’s drastic failure, incompetence, corruption and disqualification.

She said that the prime minister who said he would lend the economy with hens and eggs have made both these items unaffordable. “GDP plummeted into negative territory of minus 0.4,” she claimed. She said the price of every essential and edible commodity, sugar, flour, medicine, wheat, eggs, oil, bread, chicken were on up trend.