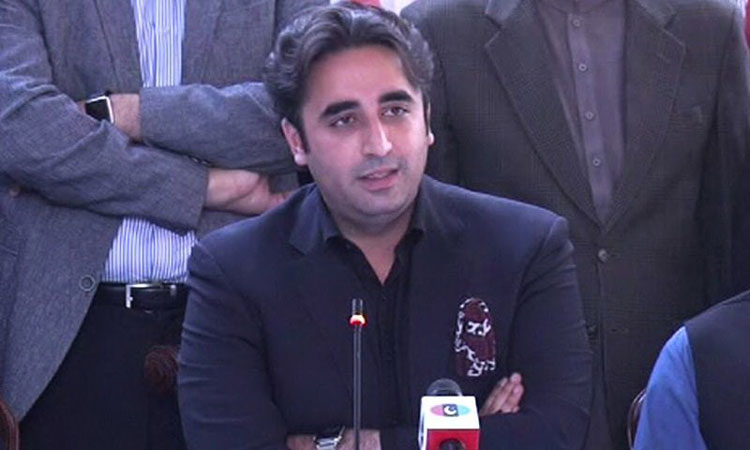 KARACHI: PPP chairperson Bilawal Bhutto-Zardari on Monday lambasted Prime Minister Imran Khan and blamed him for the various problems of the country, said a statement issued on Monday.

Bilawal held the prime minister responsible for the dismal economic situation of the country, adding that “every Pakistani is paying the price of Imran Khan’s ‘Change Tsunami'”.

Speaking about PM Imran Khan’s recent trip to Saudi Arabia, Bilawal said it was unfortunate how the same prime minister, who used to talk about not obtaining loans from other countries, was carrying the “begging bowl” with him everywhere in the world.

“Mr prime minister, surely you hold vast experience in collecting donations. However, countries do not run on donations alone,”  he said. Bilawal said the prime minister had borrowed money from China to return Saudi Arabia’s $3 billion loan, adding that the incumbent government’s inept economic policies had made life for the common man very difficult.

“If the money we receive from loans continues to get wasted in corruption, the common man will continue to bear the burden of inflation,” he said. “Imran Khan, you should come out of your palace in Bani Gala,” he added.

Bilawal said the government cannot return even the payments for the China-Pakistan Economic Corridor (CPEC) projects, adding that China was hesitant on issuing $6 billion funds for the ML-1 project.

“The Chinese government’s hesitancy [in issuing the funds] are in fact an expression of their lack of confidence in the PTI government,” he said, adding that foreign investors were afraid of investing in Pakistan.