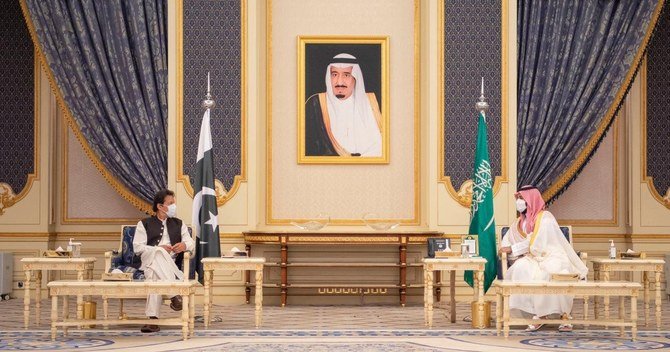 Pakistan and Saudi Arabia agreed to give a strategic direction to their bilateral relations through a Saudi-Pakistan Supreme Coordination Council and diversify the existing bilateral political, economic, trade, defence and security ties.

The bilateral ties were discussed in the meeting between Saudi Crown Prince Mohammed bin Salman and Prime Minister Imran Khan who is in the Saudi kingdom on three-day official visit. Following the meeting, both the leaders signed an agreement on the establishment of the Saudi-Pakistan Supreme Coordination Council (SPSCC) which would play a catalytic role in fostering enhanced bilateral cooperation in all fields.

The council, co-chaired by the prime minister and the crown prince, is designed to impart strategic direction to the development of Pakistan-Saudi relations. During the meeting, the two leaders agreed to further strengthen, deepen and diversify the existing bilateral political, economic, trade, defence and security ties.

Special emphasis was laid on increasing Saudi investments in Pakistan, collaboration in the field of energy, and increased job opportunities for Pakistanis in Saudi Arabia. Both the sides held wide-ranging talks on bilateral, regional and international issues marked by exceptional cordiality and a commitment to fortify the upward trajectory in the bilateral relationship.

The prime minister conveyed sincere regards to King Salman bin Abdulaziz, and thanked the crown prince for his invitation to him to visit the kingdom. He also expressed gratitude for affording him the opportunity to visit the two Holy Mosques during the special days of Ramazan.

The prime minister reiterated Pakistan’s abiding support for the sovereignty and territorial integrity of the Kingdom, and expressed special reverence accorded to the land of the two Holy Mosques by the Pakistanis. He appreciated the crown prince’s recently launched Green Saudi Arabia and Green Middle East initiatives. 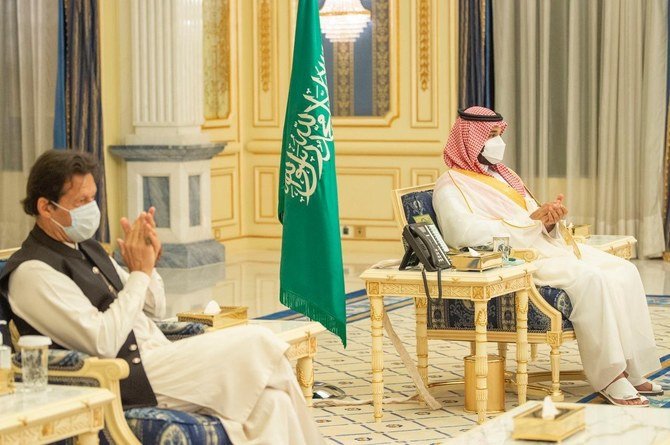 He hoped to build upon the synergies between the vision of the crown prince and his own environment-related initiatives including the 10 Billion Trees Tsunami. Acknowledging the positive and constructive role of more than two million Pakistani diaspora in the kingdom, the two leaders discussed ways to maximize mutual benefit from cooperation in the human resource sector.

The prime minister thanked the Saudi leadership for taking considerate measures for the welfare of Pakistani expatriates during the COVID-19 pandemic. Exchanging views on regional and international issues, the prime minister outlined his vision of a peaceful neighborhood to advance the objectives of national economic development.