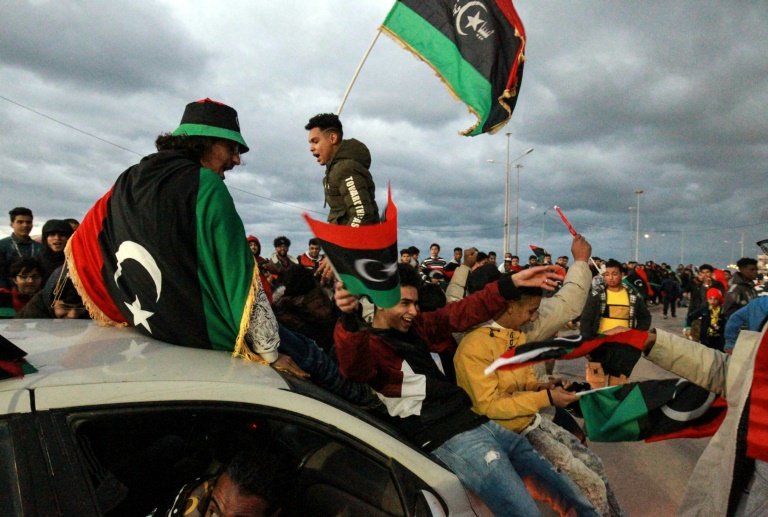 Libya Dozens of armed men staged a show of force late Friday at a hotel used as a headquarters by Libya’s presidential council as the nation’s deep divisions resurface.

The country was plunged into chaos after longtime dictator Moamer Kadhafi was ousted and killed in a NATO-backed uprising in 2011, and over the years the conflict has drawn in several foreign powers. An interim unity government finally came into being in March, replacing rival administrations in east and west, and aims to lead Libya to elections later this year.

The armed men were seen at the entrance of the Hotel Corinthia in the heart of the capital Tripoli, according to images on social media. local press labelled them as militias.

Presidential council spokeswoman Najwa Wheba confirmed that armed men had stormed “one of the headquarters where the council meets”. She told Libya’s LANA news agency that “no one was harmed” as the council does not work on Fridays, the weekly day of rest in Libya.

The show of force comes as the implementation of a UN Security Council call for the withdrawal of all foreign troops and mercenaries rekindles divisions within the unity government.

On Monday, Foreign Minister Najla al-Mangoush, who is an easterner, angered many in Tripoli and the west with a call for Turkey to withdraw troops it deployed during the civil war. Those troops are widely credited in the Libyan capital with finally defeating a devastating year-long offensive by eastern strongman Khalifa Haftar in June last year. He had received backing from several countries, notably Russia and the United Arab Emirates.

An October ceasefire created a unified government led by Prime Minister Abdulhamid Dbeibah, and the presidential council as part of a United Nations roadmap for December elections.

In March, the UN Security Council called for the withdrawal of all foreign troops and mercenaries, estimated to number as many as 20,000.