Major Jawad AfPak Hero  a tribute to a Shaheed

Major Ali Jawad Changezi embraced Shahadat at Torkhem due to unprovoked firing by Afghan border forces on 14th of June. He was amongst those heros who keep giving blood to save the integrity and secure future of the Nation. Many know Major Ali Jawad Changezi as an officer from one of the finest Armour Regiment of Pakistan the 11 Cavalry (FF), and his relationship and love for Pakistan but few know his bondage with Afghanistan. His father Brigadier Khadim Hussain Changezi served the Afghan refugees as Commissioner Afghan Refugees in 90s in Balochistan. Many Afghan refugees and their leadership including ex-president Hamid Karzai always spoke high of his efforts towards the settlement of Afghan refugees at that trying time. Before becoming president Hamid Karzai and Brigadier Khadim Changezi closely worked for the settlement of Afghan women and children who had to leave their homes due to foreign aggression. Pakistan provided a second home and Brigadier Khadim Changezi was amongst the pioneers who took pride in helping the Afghan brothers.

This was the childhood of Major Ali Jawad Changezi when he saw his family so close to Afghan brothers. Today it’s not only Pakistan but Afghans have also lost a dear family friend.

The international interests in Afghanistan have given birth to nexus of evil who collectively work against human values and life to protect their economic interests. Their efforts include unfair use of Afghan forces against own brothers but the people of Afghanistan do understand the history of collective sacrifice which both Pakistan and Afghan people are suffering for last four decades now.

Pakistani nation has stood with its armed forces to defeat all such nexus and the armed forces have proved that they are the best. In profession Pakistan Army repeatedly has won gold medal in international military exercise “Cambrian Patrol” which tests courage, leadership and physical endurance. When it comes to sacrifice for motherland it takes pride in leading from the front. The officer to lower ranks casualty ratio in any operation of Pakistan army is one of the best in world. Pakistan army operations against terrorists, in support of United Nations and for its people against natural calamity are quoted as an example.

Not all that Pakistan has today speaks of dooms day but a lot is there to cherish, it’s only the optimistic eye which seems missing. Stories of a collapsing state, Taliban ruling Islamabad and taking control of country’s nuclear weapons to threaten the world are not old but time has proved them to be far from TRUTH. The failing infrastructure and absence of good governance, corruption cases, and prolonged electricity shutdowns, declining economic and social indicators have further added strength to the gloomy perceptions. How many have really researched to find truth remains a simmering question. In 2006, 30 terrorist attacks, including 10 of a sectarian nature, took place, leaving 100 people dead and 230 others injured. In 2007, 34 terrorist attacks and clashes, including suicide attacks, killings, and assassinations, resulted in 134 casualties and 245 injuries, according to the PIPS security report. Pakistan faced 20 suicide attacks (mostly targeted at security forces) during 2007, at least 111 were killed, besides injuring another 234 people. The statistics indicate a progressive increase in extremist activities starting from 2006 and sudden decline in the recent years. 2015 recorded 940 civilian and 339 security forces casualties against 2403 terrorist killed which shows a clear picture of improving law and order situation. Karachi and Balochistan situation registered huge positivity.

Few years back the US Secretary of State Hillary Clinton said in testimony before a House committee that the Taliban advance poses “an existential threat.” However, government’s decision and push of Pakistan army into the Federally Administered Tribal Areas and the Swat Valley put pressure on the insurgents, tamping down militant activity. The success of FATA and Swat operation and urge of settlement of displaced people became role model for the society and the environment was shaped in favour of country. The challenge taken by Pakistan to feed Afghans refugees despite its own problems is service to humanity.

This is a true picture of resilient Pakistan. Major Ali Jawad Changezi is a collective hero of Pakistan and the people of Afghanistan. His blood for the Torkham gate demands that it should be named “Ali Jawad Changezi Shaheed” gate. His sacrifice will go a long way to strengthen Pak Afghan people to people relation and protect both countries against terrorism.

The author is a freelance writer and can be reached on his email: waheed.hamid07@gmail.com 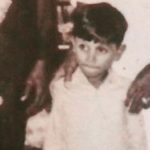