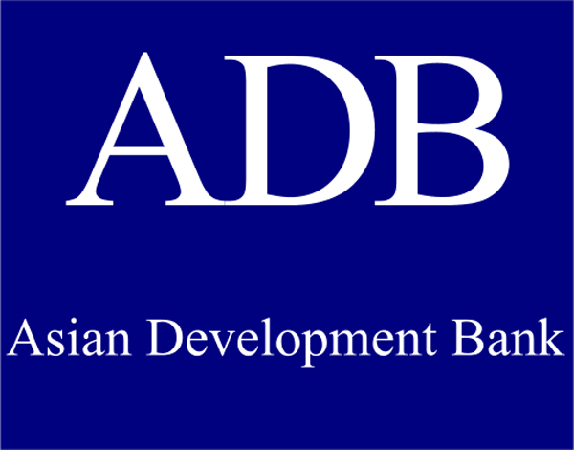 Pakistan’s economic growth is expected to rebound this year before gaining pace in 2022 as business activity gradually resumes after the coronavirus disease (COVID-19) pandemic, the Asian Development Bank (ADB) said.

According to the Asian Development Outlook (ADO) 2021, ADB’s annual flagship economic publication, Pakistan’s economy will grow by two percent in 2021 as Covid-19 restrictions ease. Assuming the Covid-19 vaccine rollout is successful and economic stabilization measures are implemented, growth is expected to accelerate to four percent in 2022 with improved consumption and investor confidence. “It is vital for Pakistan to continue to combat the pandemic by rapidly deploying vaccines and continuing with reforms to support economic recovery, including strengthening social protection and supporting the private sector,” said ADB Acting Country Director for Pakistan F Cleo Kawawaki.

“Improving access to finance for small and medium-sized enterprises is essential to unlocking business opportunities and stimulating new jobs. Continued macro-economic stability and increasing competitiveness are also key pillars under ADB’s Pakistan Country Partnership Strategy 2021-2025 that will support an inclusive and sustainable recovery.”

According to the report, the agriculture is projected to see slower growth, mainly because of a sharply lower cotton harvest following heavy rains, pest attacks, and continued contraction in cultivated area. Other major crops, notably rice, sugarcane, and maize, look set to exceed output in FY2021 after the government subsidized agricultural inputs and bank credit.

Industry and services already show signs of recovery in FY2021 with fiscal incentives granted to key construction and export industries and subsidized credit offered to protect employment and stimulate growth.

Industry appears poised for robust growth led by manufacturing and construction. Large-scale manufacturing, which accounts for over half of the industry sector, reversed contraction by 3.2 percent in the first seven months of FY2020 to expand by 7.9 percent in the same period of FY2021.

Support in FY2021 came from strong growth in businesses allied with construction and from the food-processing industry, amply supplied with substantial imports of unmilled wheat and by higher sugarcane output.

Services are expected to rebound as retail and trade pick up, and as schools and nonessential services reopen. In any case, the government is fostering e-commerce to keep trade and commerce functioning despite COVID-19 disruption. Despite low interest rates and, early in the fiscal year, further electricity tariff adjustments and food supply interruptions, headline inflation is projected to slow to 8.7 percent in FY2021.

This partly reflects government subsidies for wheat and sugar imports, its careful monitoring of prices for essential commodities, and improved food supply later in the fiscal year. In the first nine months of FY2021 (July to March), headline inflation was 8.4 percent.

The central bank has kept its policy rate at 7.0 percent to support economic recovery. This accommodative stance is made possible by lower inflation expectations and a stable exchange rate. Growth in private sector credit picked up in the first half of FY2021, led mainly by construction, wholesale and retail trade, and consumer spending.

Growth reflected lower borrowing costs, subsidized credit schemes, and tax concessions for construction. With fiscal consolidation expected to resume and the government likely to continue its policy of not borrowing from the central bank, inflation is projected to slide to 7.5 percent in FY2022.

Investment is expected to strengthen as global sentiment improves and the

IMF-supported stabilization program progresses. Foreign reserves continued to increase in the first six months of FY2021 to reach US $ 14.9 billion as the current account turned around to a surplus and the Group of Twenty suspended debt service on its loans to Pakistan.

Assuming that stabilization efforts are sustained and economic recovery is timely, public debt is expected to fall as a percentage of GDP. However, the economic outlook is subject to downside risks, depending on persistent containment measures and success in achieving the vaccination target of 70 percent of the eligible population by the end of December 2021.

At the onset of the pandemic, the government suspended its fiscal consolidation measures under the IMF-supported stabilization program. Since then, it has committed to reviving the program in FY2021 and aims to strike a balance between fiscal sustainability over the long run and immediate support for economic recovery.

The fiscal deficit in the first half of FY2021 equaled 2.5 percent of GDP, a slight increase of 0.1 percent from the same period last year. The primary balance improved slightly to a surplus equal to 0.8 percent of GDP in the first six months of FY2021, reflecting lower current spending other than interest as the first wave of the pandemic abated and

the second wave turned out to be mild.

Revenue fell slightly from 7.7 percent of GDP in the first half of FY2020 to 7.4 percent a year later, primarily from a decline in nontax revenue, which had been exceptionally high in the previous year.

of 0.6 percent of GDP, but this could not offset the decline in nontax revenue.

Spending decreased from 10.1 percent of GDP in the first half of FY2021 to 9.9 percent as lower defense and development expenditure more than compensated for higher outlays for health care and social spending.

The current account deficit is expected to narrow slightly to the equivalent of 1.0 percent of GDP in FY2021 with support from robust remittances. With the government having launched its Roshan Digital Accounts initiative in September 2020 to help Pakistanis abroad make online bank payments, transfers, and investments, remittances averaged US $ 2.4 billion per month in July 2020-January 2021, producing a current account surplus in the period equal to 0.6 percent of GDP, the first surplus over a comparable period in more than a decade.