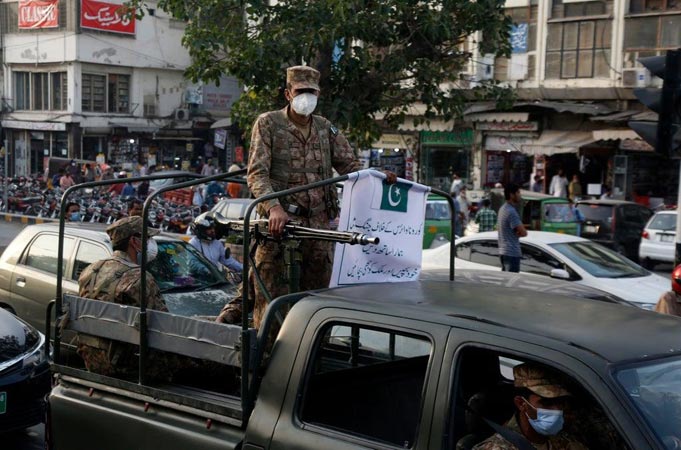 Pakistan recorded more than two hundred Covid-19 deaths in a day for the first time since the start of the pandemic, as the government said it was considering stricter lockdowns.

A total of 201 new deaths were recorded, bringing the country’s overall death toll from the virus to 17,530, according to the National Command Operation Centre (NCOC), which oversees the government’s pandemic response. The previous highest daily death count was 157 recorded on April 23.

The national tally of total active Covid-19 cases was recorded at 88,207 as 5,292 more people tested positive for the deadly virus and 4,678 people recovered from the disease during the last 24 hours. Two hundred and one patients died, 177 of whom were under treatment in hospitals and 24 in their respective quarantines or homes, according to the latest update issued by the NCOC. Most of the deaths occurred in Punjab, followed by Khyber Pakhtunkhwa. Out of the total 177 deaths, 84 were on ventilators.

The NCOC on Tuesday wrote letters to the provincial governments asking them to prepare for a two-week lockdown in 20 cities from 2/3 May. The list mentioned 20 cities across Punjab, Sindh, Khyber Pakhtunkhwa and Azad Jammu and Kashmir, where the coronavirus situation is extremely bad and the restrictions imposed by the authorities have failed to control the virus spread.

In the letter, titled ‘Input / Feedback – City Wise Lockdown’, the NCOC stated that a two-week city-wise lockdown in districts/cities with high disease prevalence is tentatively planned with effect from 2/3 May. “Therefore, you are requested to carry out necessary planning at your end,” read the NCOC letter.