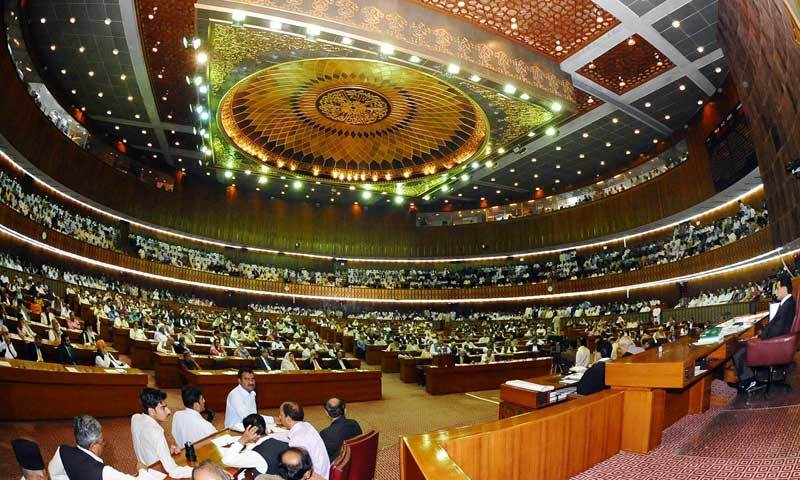 ISLAMABAD: A resolution was tabled in the National Assembly (NA) on Tuesday for the deportation of the French ambassador from Pakistan over the issue of blasphemous caricatures being published in the European country and the subsequent remarks by French President Emmanuel Macron.

PTI lawmaker Amjid Ali Khan moved a resolution condemning the publication of blasphemous caricatures by French magazine Charlie Hebdo in September last year. It also regretted the French’s president “encouragement of the elements hurting the sentiments of the hundreds of millions of Muslims in the name of freedom of expression”.

The MNA along with presenting the resolution, also requested the formation of a special parliamentary committee to discuss the matter.

The leader of the banned organization Tehreek-e-Labbaik Pakistan, Saad Rizvi, was reportedly released from jail.

Earlier, Interior Minister Sheikh Rashid in a video message  said that talks between the government and the banned Tehreek-e-Labbaik Pakistan remained successful.