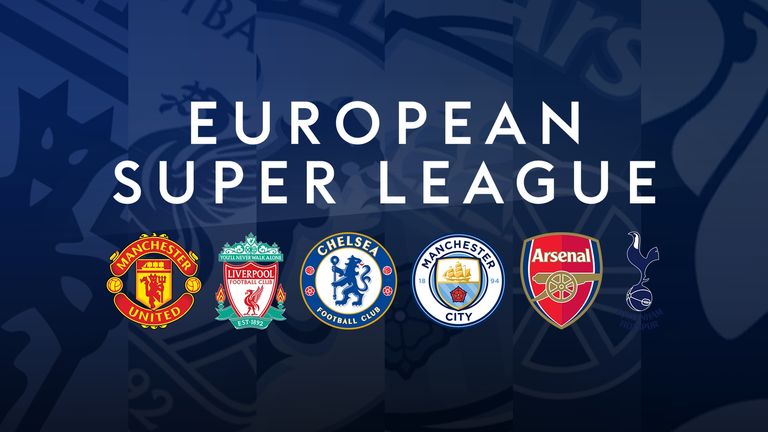 12 of Europe’s most powerful football clubs announced the launch of a breakaway European Super League on Monday in a potentially seismic shift in the way football is run, but faced accusations of greed and cynicism.

Manchester United, Real Madrid and Juventus are among the leading members of the new league but UEFA has threatened to ban them from domestic and international competition and vowed to fight the move.

The Super League said that they aimed to have 15 founding members and a 20-team league with five other clubs qualifying each season.

The clubs would share a fund of €3.5 billion to spend on infrastructure projects and to deal with the impact of the Covid-19 pandemic. The money would not be available to spend on players.

The League said they will make ‘solidarity payments’ to the rest of European football which will exceed those currently offered by UEFA and which “are expected to be in excess of €10 billion” over the 23-year commitment period the clubs have entered into.

“We will help football at every level and take it to its rightful place in the world. Football is the only global sport in the world with more than four billion fans and our responsibility as big clubs is to respond to their desires,” said Real Madrid president Florentino Perez, the first chairman of the Super League.

No German or French clubs have yet to be associated with the breakaway.

The ESL announcement was timed to pre-empt UEFA’s own scheduled unveiling of reforms to the Champions League on Monday, with an expansion to 36 teams from 32 and two ‘wildcard’ slots expected to be among the plans. There would be a minimum of 10 games for each team.

FIFA expressed its “disapproval” at the Super League plans and called on all parties “to engage in calm, constructive and balanced dialogue for the good of the game.”

The Premier League, the richest in Europe, issued a furious statement.

“Fans of any club in England and across Europe can currently dream that their team may climb to the top and play against the best,” it said.

“We believe that the concept of a European Super League would destroy this dream.”

Arsenal, who currently sit ninth in the Premier League, well off the qualification spots for Europe, hinted at the obstacles ahead, saying “there’s lots more to do to bring the competition to life”.

Juventus, whose president Andrea Agnelli was also chief of the ECA, said the club and its boss had left the body.

The club warned that it “cannot assure that the project will be eventually successfully launched”.

Juventus are facing a battle to finish in the Serie A top four this season and seven-time European champions AC Milan have not played in the Champions League since 2014.

“We thank those clubs in other countries, especially the French and German clubs, who have refused to sign up to this,” UEFA said.

La Liga president Javier Tebas compared the ESL clubs to drunks leaving a bar at 5:00am “intoxicated with selfishness and a lack of solidarity”.

The announcement was also condemned by some supporters’ groups, with Liverpool’s Spirit of Shankly tweeting it was “appalled”.