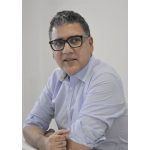 Unlocking Pakistan’s destiny — one SMB at a time

As a nation, Pakistan reigns as master of its potential yet buckles in the face of prevailing challenges. The country is confronted by uncertain geo-political realities. It shares borders with nations that are home to the second- and third-largest defence budgets globally, while the world’s lone superpower and biggest military spender retains key interests in the region.

Closer to home, trade imbalances and debt intricacies continue to be a factor in macro-economic conversations. Elsewhere, UN projections regarding Pakistan’s ongoing population explosion makes for grim reading. The world body predicts: by 2025, the country will be home to some 242 million people; by 2030, half of the population will live in cities, representing the largest urbanisation in South Asia that remains mostly unplanned. The UN also warns that by 2050, Pakistan’s population will surpass the 400-million mark.

Despite the odds, including the self-inflicted legacy from poor policy decisions and the burden of inheriting a frontier market (less advanced capital markets in the developing world), Pakistan has managed to produce a bright and talented young population. That the country features in the top four freelancing markets is not coincidental, but indicative of this. If we can leave our mark on this rapidly growing billion-dollar export industry — imagine what we could achieve if all hurdles were removed. The answer is important, not just for us, but for the rest of the world.

Policymakers and multilateral institutions can apply the lessons learned here to other emerging markets. Indeed, Pakistan will play a crucial role in the post-BRIC (Brazil, Russia, India, China) economic landscape that will power future global growth by creating consumer middle classes, which are then fully integrated with the rest of the world through trade, resulting in outsized contributions to global GDP (Gross Domestic Product) gains.

The impact of SMBs being digitally included cannot be underestimated. For this will reel more business into the tax net, while contributing to the national exchequer. Digitally included SMBs represent resilient sustainable startups with greater flexibility in how they acquire and retain customers

The challenge, then, becomes about how to tap into our inheritance of less. Where can we get the most bang for the rupee? Can we snipe at one area to ensure that greatest economic value is generated over the medium- to long-term? The answer lies in the marriage of financial technology (FinTech) with Small and Medium Business (SMB) empowerment.

In short, where SMBs tread — countries tend to follow. In emerging market Pakistan, SMBs are hit by low productivity and barriers to finance, triggering high failure rates overall. Yet all is not lost. If we can empower SMBs via digital inclusion and transformation, the state will benefit from tax revenue increases. The economy will experience growth as SMBs become more resilient and create more jobs.

Fortunately, the stars appear to be aligning for SMB facilitation in Pakistan, with important partners converging to ensure that empowerment of approximately three million SMBs happens at scale.

First and foremost is the State Bank of Pakistan (SBP), which has aggressively moved on both the regulation and strategic projects front. Its PDS (Payment Systems Department), led by Director Sohail Javaad, has rapidly rolled out regulations aimed at pushing digital inclusion across consumer and business spaces. Among the priorities: ensuring that POS (Point of Sale) machine coverage extends to SMBs by giving targets to banks; locking down a 1.5-2.5-percent MDR (Merchant Discount Rate) to incentivise players; awarding specific (EMI) Electronic Money Institutions licenses that pave the way for payment startups to include SMBs digitally. The SBP has, in addition, launched Raast — Pakistan’s first payment system enabling instant end-to-end digital payments among individuals, businesses and government bodies. Moreover, this initiative provides full connectivity across all financial institutions, offering real time settlement and almost zero transaction costs. In the first phase, Raast will be restricted to bulk payments made by the government. Yet within a year, the project will begin realising its true potential and extend services to individuals and SMBs. Raast also features a fully interoperable Raast QR (Quick Response Code). The SBP has, essentially, created the most advanced payment rail in the country with the most agile user experience; conditions crucial to its being adopted at the SMB-level.

Secondly, the Security and Exchange Commission of Pakistan (SECP) is also playing its part, digitising key parts of SMB creation and onboarding (or organisational socialisation). SECP Chief Information Officer, Abdul Rahim Ahmad, has been instrumental in implementing business start-up reforms. Pakistan is reaping the benefits. The country has moved up 28 points and now ranks 108 in the World Bank ease of doing business index (Doing Business, 2020). This is entirely unprecedented. Similarly, Pakistan has made dramatic gains on another World Bank scorecard; jumping from 50 to 75 points on the Women, Business and the Law (WBL) index, according to the WBL report 2021. The SECP deserves much of the credit for this. Just as it does for its groundbreaking sandbox. The latter allows companies to test new solution sets — including digital insurance and crowdfunding — for regulators that are currently non-existent.

That’s not all. FinTechs (businesses marrying finance with technology to enhance or automate financial services and processes) are flexing considerable muscle across the SMB value chain. Take the FinTech, Haball. It provides a one-window business aggregation solution for consolidated order-to-payment information across the end-points of all channels; thereby resolving recurring problems such as transaction size, security considerations and reconciliation processes by digitising the entire procure-to-pay and order-to-cash lifecycle. Haball has already signed up twenty-two corporations that rely on a combined total of 2,500 distributors and 200,000 retailers. Another example is, Chikoo. This FinTech democratises access to the smallest SMBs and enables them to sell online while maintaining e-commerce play.

Furthermore, Chikoo guarantees that anyone seeking to sell online will be good to go in four minutes. It already has more than 2,000 merchants ‘on its books’. This has not gone unnoticed by venture capitalists, who have begun investing in those FinTechs catering to the SMB market. Thus there has been a steady increase in funding for startups over the last few years.

Thus, the impact of SMBs being digitally included cannot be underestimated. For this will reel more business into the tax net, while contributing to the national exchequer. Digitally included SMBs represent resilient sustainable startups with greater flexibility in how they acquire and retain customers. High failure rates of SMBs leave permanent economic scarring. It takes both tremendous energy and vision to create an SMB. Failure often means that the show is over, with no second act. Now, this will not always be the case. Fast-growing SMBs fuel employment and this leads to increased GDP contributions from the SMB sector. By some estimates, this is expected to exceed USD 10 billion, annually. The result is, therefore, a healthier national economy that can withstand greater shocks to the system. Finally, SMBs that are digitally included will be key to unlocking the country’s e-commerce potential. Pakistan’s retail market is estimated to hover around the USD 200 billion-mark, growing at 8 percent; one of the fastest growth rates globally. However, e-commerce sales, as a percentage of total sales, remain at less than 1 percent. By contrast, the worldwide average stands at above 10 percent; while those nations comprising the Gulf Cooperation Council (GCC) are at around 5 percent. This means that, in the short-term, e-commerce in Pakistan could shoot up to as much as USD 10 billion. Needless to say, the long-term potential is limitless. Digitally enabled SMB merchants offering goods from anywhere in the world, while accepting all payment modes, will be the driving force behind the imminent e-commerce and related digital payments boom.

However, many challenges lie ahead. Pakistan lags behind the rest of South Asia in terms of digital identity. This slows down efforts to accelerate payments. SMBs must embrace digitisation, that is non-negotiable. Yet this will require both immense vision and design investment expertise from all stakeholders.

Regulations around data sharing and beyond will need to come into play as digital inclusion gathers pace. In fact, legislation specifically defining data is urgently needed. That said, a perfect storm is brewing towards this end. Pakistan is one of the last great payments market left in the world. Investing in the architects of this transformation — by empowering SMBs digitally — will yield an incredible ROI (Return on Investment) It is time for Pakistan to believe in itself and cross the finishing line. And for the world to take notice.

The writer is a contributing editor for Daily Times on all things digital. He tweets @Huk06