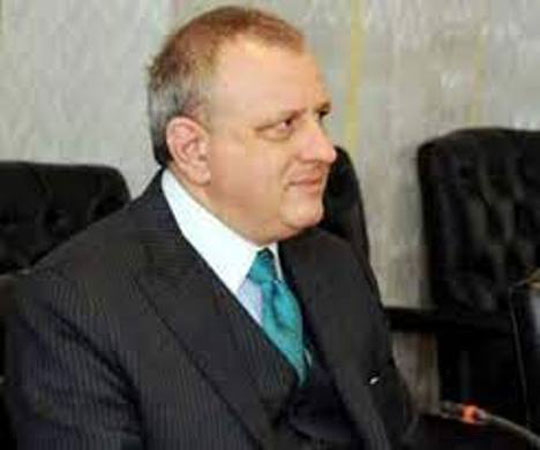 Talking to APP here on Tuesday, the Ambassador said that the company plans to visit the country in near future and join those Italian companies which already have an investment or around $ 1.5 billion in the country’s energy sector.

The Ambassador informed that Snam S.p.A is an Italian energy infrastructure company, who want to bring investment in energy sector including compressed natural gas (CNG) and Liquefied Natural Gas (LNG) to enhance the local capacity in this sector. He said that Snam have a market capitalization of €15.4 billion originally a subsidiary of Italian energy company Eni.

He informed that Snam is one of Europe’s main regulated gas companies, leading Italy in gas transport and storage, while ranking third inregasification.

The ambassador said that Italy was committed to extend the cooperation of a diverse potential sector to enhance the bilateral economic and cooperation between Pakistan and Italy.

Andreas Ferrarese said that green economy, transfer of technology for industrial sector including textiles and agro industry, construction sector, education and health are major areas of focus to extend the bilateral cooperation.

Replying to a question, he said the new economic mission would be deployed in Pakistan to further promote bilateral trade and economic cooperation in different potential areas.

He said that initially the new economic mission would be established in major cities of Pakistan including Karachi and Islamabad and later it would be expanded to other potential trade hubs to increase the economic and trade integration between Pakistan and Italy.

He said that there was huge trade potential in different sectors of economy which needed to be explored and in this regard both sides were engaged in the dialogue process through the Pak-Italy Joint Economic Commission was the forum for bilateral economic engagement and was expected to meet in Rome.

The Ambassador said that currently Italy was providing technical assistance in agriculture and textiles upgradation through modern machinery, value addition in agriculture, leather and marble sectors.

He said Pakistan was working to expand it to agricultural items including dairy and livestock, olives and olive products, plastics, processed food and construction sector in Italian market.

Replying to another question, he said Italy would establish a gemstones training institute in -Baltistan in order to exploit the potential of these areas as well as enhancing mutual cooperation between both the countries.

“We were considering to be established a training institute to promote the gems and jewelry and gemstone industry in Gilgit-Baltistan to promote trade and investment opportunities in these areas”, he added.

He said that currently Italy was providing technical assistance to Pakistan in agriculture and textiles industry up-gradation through modern machinery, value addition in agriculture, leather and marble sectors.

He informed that said Italy has also established the Italy-Pakistan Textile Technology Center (IPTTC) in Faisalabad at the National Textile University (NTU) to upgrade the local textile sector.

He said the training centre, which was the first of its kind for Italian textile machinery technology in Pakistan, was inaugurated in the recent past. He said this project was financed by the Italian government to support the development of the local textiles industry, by equipping it with Italian machinery.