How Pakistan should read the Modi’s letter?

The Indian Prime Minister Modi wrote a letter of felicitation on Pakistan Day and also wished an early recovery to Prime Minister Imran Khan as he suffered from the Corona virus. This letter has been written by Modi after many years long spell of very open anti Pakistan politics meant to defame and isolate Pakistan regionally and internationally. Modi government blamed Pakistan at all international forums for supporting the so called terrorism in Kashmir and Afghanistan. On 5 August 2019 Modi government took away Occupied Jammu and Kashmir’s autonomy, and divided the state into two union territories against the UNSC resolutions, and the genocide in Kashmir continues unabated.

Also, Modi government has scuttled holding of SAARC summit in Pakistan for the last four years to isolate Pakistan in the region and has been destabilizing Pakistan by sponsoring terrorism using the Afghan soil. India has opposed the CPEC and tried to create a parallel route to the CARs through Iran and Afghanistan. India also acted as a spoiler in the Afghan peace process to the detriment of Pakistan. Now, the question arises that what has compelled/convinced Modi to take this initiative of sending apparently good will message to Pakistan, signaling that India wants to build good relations with it.

There are three main reasons that Modi has felt it necessary to write this visibly good will letter to Pakistan. One that in his long game of defaming and isolating Pakistan regionally and internationally Modi has very badly failed. Rather than isolating Pakistan, the dynamics of the world geopolitics and Pakistan’s efforts of presenting the dossiers exposing India’s atrocities in Kashmir, its anti-Pakistan terrorism sponsorship game plan and its hybrid propaganda war against Pakistan, have isolated India itself.

For example, Modi failed to make his case against Pakistan at Bricks forum due to China and Russia’s support of Pakistan. Modi also failed to defame Pakistan on the Afghan issue as the US needed Pakistan to sign a peace deal with the Taliban, and China, Iran, Russia, and the CARs, except India, also accepted the Taliban as a stakeholder in the Afghan process. India was also exposed by Pakistan regarding its Pulwama attack and its fake surgical strike dramas. Downing of two Indian fighter jets by Pakistan and exposing India’s lie of shooting its F-16 aircraft also defamed India.

Due to China and Russia’s pressure, despite that India wants to advance the QUAD politics to get western defence technology and investments, it is hesitant to overtly accept the US pressure to make QUAD a military alliance

Second, Pakistan’s presentation of the Kashmir case at the UNGA/UNSC and other world forums of India’s 5 August 2019 actions in Occupied Jammu and Kashmir and the related genocide of the Kashmiris, and a wide coverage by the world media, of the Kashmiris genocide and the Indian Muslims’ massacre in New Delhi during anti CAA protests have badly defamed India. Also, all the veto members in the UNSC had negated India’s claim of Kashmir being its integral part as they asked India and Pakistan to resolve the Kashmir dispute, through a dialogue. Even former President Trump had offered his mediation on Kashmir. India has also lost support of the former pro-India political parties in Kashmir.

Third, during India’s border clashes with the Chinese Army, the Indian Army was badly beaten/annihilated and no major power came to India’s help except some logistic support provided by the US. This also taught a lesson to Modi. India was also losing on its relations with Myanmar, due to China and Russia’s support to it, to counter India’s QUAD politics. India has also lost its grip over other SAARC countries due to China’s heavy economic investments. On its Indo-Pacific alignment, India also feels isolated in the Eurasian politics.

Due to China and Russia’s pressure, despite that India wants to advance the QUAD politics to get western defence technology and investments, it is hesitant to overtly accept the US pressure to make QUAD a military alliance. India is also out of Chahbahar project and it now needs to join the CPEC, and feels isolated on signing of China-Iran’s 25 years strategic partnership agreement. Pakistan’s successful military/foreign diplomacy with Qatar, Bahrin, Kuwait and reset of relations with Saudi Arabia has also disturbed India.

Due to above stated reasons, there was lot of pressure on the Modi government by the Indian intelligentsia/think tanks that it was necessary to reset India’s relations with Pakistan and revive the SAARC summit to improve India’s waning regional/international image, to tone down Pakistan’s offensive diplomacy on Kashmir and for presenting a good face to the world to enable it to reconcile with India’s 5 August 2019 actions in Kashmir.

So, these are the compelling circumstances that Modi has written this letter to Pakistan, signaling that India is ready to initiate bilateral talks with it. Looking at many rounds of talks held with India in the past, it appears that India would prefer to start talks with Pakistan on issues other than Jammu and Kashmir with the hope that Pakistan would tone down its anti-India rhetoric on Kashmir, which will show normalcy in the state, and India’s image will improve, and also to diffuse two front enmity with China and Pakistan.

And, even if India becomes willing to talk on Kashmir, it will just lengthen the talks for a reasonable time frame with the hope that by then the world would reconcile with its 5 August 2019 position on Kashmir. And during the talks on Kashmir, India might also try to convince Pakistan to make the LOC a permanent border.

In the light of the above discussion, and in view of India looking suffocated due to geopolitical reasons, it would be appropriate that Pakistan only starts and continues talks with India if it reverses its 5 August 2019 position on Kashmir, reduces its forces and killings in Kashmir, and shows its willingness to resolve the Kashmir dispute in accordance with the UNSC resolutions on Kashmir and as per wishes of the Kashmiri people. 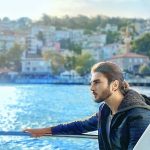 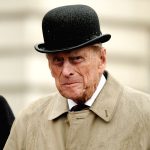 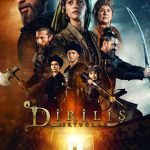 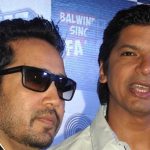 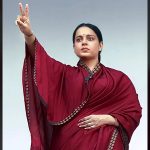