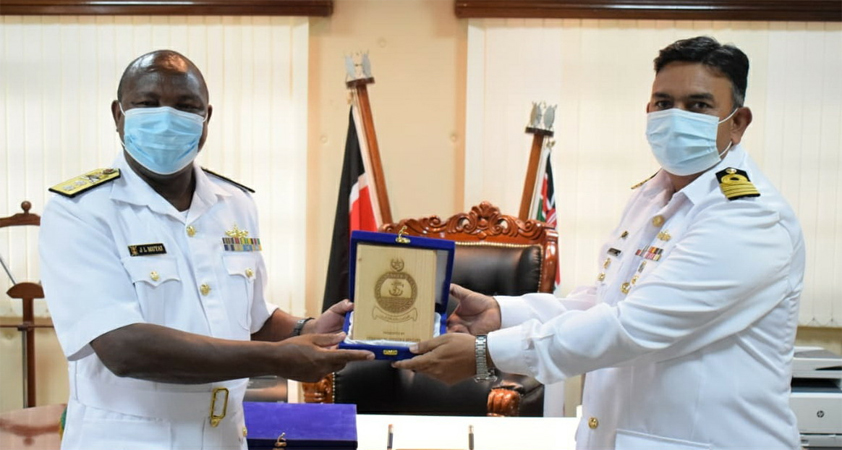 Africa is the second largest continent of the world with 20% of the world’s landmass comprising 54 sovereign countries having 1.3 billion people with the largest youth population on the globe. With the collective GDP of over $2.3 Trillion and an import market of around $500 billion dollars, most countries in Africa are witnessing stable growth. Due to Africa’s rich natural resources and growing middle class consumer market, the World Bank has predicted that the majority of African countries will reach Middle Income Status by the year 2025. Moreover, 60% of crop land exists in Africa and has great potential to become the world’s bread basket in the next two decades.

Pakistan’s diplomatic relations with many African countries were established soon after its independence. Pakistan had materially supported the right to self-determination of the African nations during their struggle against colonial rule and particularly in the case of Western African countries, it provided space for their leadership to stay in Pakistan and were offered diplomatic passports so that they could present and argue their case in the United Nations to come out of colonial subjugation. Notwithstanding the fact that the region is of great strategic and economic significance, Pakistan’s trade with Africa is only 0.8 percent of the total African trade volume. Pakistan-Africa trade is languishing having a negligible value of mere $5 billion in comparison to that of China and India, which is over $200 billion and $80 billion respectively. We have not yet been able to tap the untapped potential of the continent primarily because of the lackadaisical behaviour of the nation at large.

Pakistan is the third largest contributor to the UN peacekeeping operations in Africaand a staunch supporter of African-led movements but still holds only 15 Resident Missions in 54 African countries. Hitherto, to address the issue, a major foreign policy initiative “Engage Africa Policy” was commenced by the government to boost bilateral trade and economic ties with African nations. Though the introduction of this initiative was unquestionably a novel step yet bilateral ties requires robust engagements at all tiers of foreign policy determinants including ‘naval diplomacy’.Pakistan Navy defines naval diplomacy in the Maritime Doctrine of Pakistan as: “An activity to influence behaviour of other states employing Navy as a diplomatic instrument to support, persuade… Frequent port visits and international collaboration are examples of Naval Diplomacy.” Pakistan Navy, thus in line with its doctrine, pays frequent port calls to various countries in a bid to promote a soft image of the country.

Pakistan Navy with full comprehension of not so remarkable relations between Pakistan and African states vows to abridge this gap by offering goodwill visits and humanitarian assistance to demonstrate its strong resolve of maritime partnership with the African nations. Under the aforesaid guidelines, Pakistan Navy ships (PNS) ASLAT and PNS MOAWIN had visited 8 African states including Morocco, Mauritania, Ghana, South Africa, Tanzania, Seychelles, Nigeria and Kenyafrom Nov, 2019 to Jan, 2020. These visits were aimed to further strengthen friendly ties, enhance naval collaboration, develop interoperability, and promote Human Assistance and Relief Operations. These port visits and diplomatic engagements were accomplished alongside organizing free medical camps to help further Pakistan Navy’s determination to bridge the gaps with African nations and operate together in pursuance of shared objectives.

Recently, Pakistan Navy has sent its humanitarian aid ship, PNS NASR, to Africa in line with Pakistan’s larger “Engage Africa Initiative”. PNS NASR has paid goodwill visits to the visiting African countries including Djibouti, Sudan, Benin, Niger and Kenya. As a gesture of humanitarian support, food assistance of more than 1000 tons was handed over to local authorities at Djibouti, Sudan, Benin and Niger. The events for handing over rations were attended by Government and Naval officials of these countries respectively. The dignitaries of the host countries paid special tribute to the Government of Pakistan and Pakistan Navy for the kind gesture and provision of humanitarian assistance.

In its recent visit to the port of Mombasa (Kenya), Pakistan Navy officers’ onboard PNS NASR held a number of interactions and meetings with various Kenyan authorities, which were amply utilised to strengthen the brotherly feelings with our Kenyan brethren. This ongoing deployment of Pakistan Navy Ship to African region is to further strengthen the bonds of friendship with African countries and hence, the continued PN’s engagements and HADR efforts are in a way contributing to Pakistan’s engage Africa foreign policy initiative. To sum up, the 21st century is believed to be the era of sharper focus on geo-economics and Pakistan must be in sync with evolving global trends. Confidence prevails that these and other measures would help bridge the existing gaps and paved the way for Pakistan’s substantive engagement with Africa. 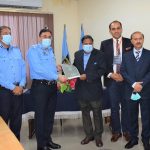