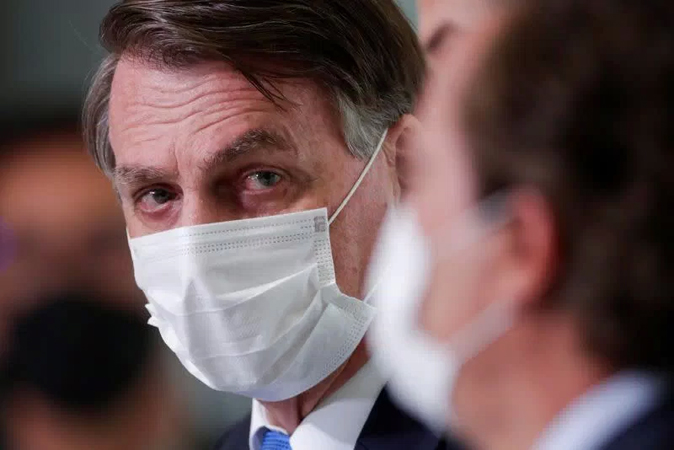 President Jair Bolsonaro rattled Brazilian politics and irked military commanders with a major cabinet reshuffle this week but one powerful constituency is thrilled: the police have one of their own running the Justice Ministry.

By picking a cop, rather than a lawyer or civil servant, Bolsonaro sent a clear message on law and order in turbulent times, said Wellington Corsino, who leads an association of 134,000 state military police officers.

“It’s great to have a president who is concerned with public security at this time of disturbance, at a moment of political, social and economic instability,” said Corsino. “Few presidents have taken care of police officers like he has.”

The move reflects the former army captain’s deep affinity for the uniformed rank-and-file and a calculation to pull Brazil’s large police forces, which include some of the most deadly units in the world, closer as his presidency skates into a dangerous new phase, according to observers.

The pandemic in Brazil is spiraling out of control. Threats of impeachment are circling. Bolsonaro’s leftist arch-rival is menacing his re-election effort next year. So the far-right populist is shoring up the loyalty of security forces as insurance against unrest, say some analysts.

The president’s move to put his former chief of staff in charge of the Defense Ministry and swap all three commanders of the armed forces was met with shock from senior military officers, but relations with the police look better than ever.

With Anderson Torres, a federal police officer close to the Bolsonaro family, now in charge of the Justice Ministry, the president can keep a closer eye on the federal police, jails and a national public security force. He also ensures a direct line of communication to some 560,000 state police and firemen whose politics are broadly aligned with his own, surveys show.

Those half a million uniformed men and women have proven to be a potent political force, and no recent Brazilian president has played to their sympathies like Bolsonaro.

Last year, during a fatal police strike in the leftist-run northeastern state of Ceara, Bolsonaro declined to criticize the striking cops, who were demanding higher salaries.

Bolsonaro’s critics fret that his support of state police forces, who answer to state governors, could pose democratic risks at a time of growing political tensions in Latin America’s biggest nation.

“Bolsonaro would not need the military for a coup if he can count on the unconditional support of the military police. He could make rival-run states politically ungovernable,” said Ignacio Cano, a public security expert at the Rio de Janeiro State University.

Marlon Jorge Teza, president of another police association, FENEME, said his members support Bolsonaro, but doubted the majority would back him if he refused to accept the 2022 election results. Nonetheless, he acknowledged some might choose to follow the president on such “adventures.”

“You’re going to have isolated groups who will do that, who could do that. Nothing en masse,” he said.

Since his 2018 election victory, Bolsonaro has made baseless allegations of voter fraud in Brazil, which critics say could lay the groundwork to challenge upcoming elections in the same vein as his political idol, former U.S. President Donald Trump.

Bolsonaro threw his support behind Trump’s conspiracies of a stolen election last year, which culminated in his supporters’ deadly Jan. 6 assault on the Capitol building in Washington.

In recent months, Bolsonaro has been touting a bill for printed ballots rather than Brazil’s modern computer voting.

“If we don’t have a paper ballot in 2022 … we’re going to have a worse problem than the United States,” Bolsonaro said a day after the Capitol assault.

The proposal has gained urgency since former leftist President Luiz Inacio Lula da Silva’s 2018 graft convictions were overturned this month, clearing the way for him to run in next year’s vote.

“We’re going to have fierce elections, very polarized,” said lawmaker Bia Kicis, a close presidential ally pushing the paper voting bill. “The result of the election doesn’t have to convince the winner: it has to convince the loser that they lost.”

BACKING IN THE BARRACKS

In 1986, as a 31-year-old paratrooper, Bolsonaro penned an explosive open letter in a news magazine, bemoaning low pay for him and others in military service. It infuriated senior officers and launched a political career that he largely spent campaigning for better soldier and police salaries.

In office, Bolsonaro has sought to boost legal protections for police who kill on the job, while saying criminals should “die like cockroaches.”

The president has also attended dozens of graduation ceremonies for new police and military cadets, often recalling his own days in uniform with open nostalgia for Brazil’s 1964-1985 military dictatorship.

“If it depended on me, this wouldn’t be the regime that we’d be living under. But despite everything, I represent democracy in Brazil,” he told cadets in February, referring to institutions like the Supreme Court which overturned Lula’s convictions.