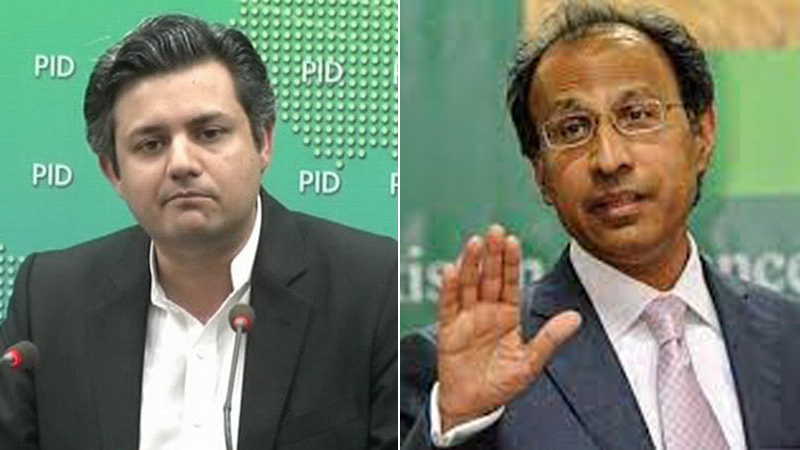 Senator Shibli said that Revenue Minister Hammad Azhar will be given additional charge of the finance ministry. He said the decision has been taken as the prime minister was not satisfied with the performance of Shaikh amid rising inflation in the country. “PM Khan is unhappy due to inflation in the country and has decided to bring in a new finance team,” he said, adding that the prime minister has expressed confidence in the performance of Hammad Azhar and given him charge of the finance ministry as well.

Azhar is the third finance minister to be appointed since the PTI came to power in 2018.

“Prime Minister Imran gave the portfolio of finance to Hammad Azhar who is a young and able minister so that he devises policies according to the ground realities of Pakistan and the poor get relief,” said Faraz, adding that he does not know about Shaikh’s future in the government. He said further changes in the cabinet will be disclosed by Tuesday (today).

The move comes weeks after Hafeez Shaikh, who enjoyed the status of federal minister since December last year, lost the bid for a Senate seat to PPP’s Yousuf Raza Gilani, leading to questions about his status in the federal cabinet. Shaikh, who is not a member of parliament, was previously an adviser to the premier on finance and was appointed as finance minister in December last year. However, as per Article 91 (9) of the constitution, he cannot remain a minister for more than six months until he is elected to one of the houses. Thus, it was necessary for him to be elected to the Senate this time around in order to continue as the finance minister after June.

Following his loss, Lahore High Court Chief Justice Qasim Khan had questioned how Sheikh could be in the office as an unelected member of the cabinet despite losing the Senate election. “In truly democratic countries people voluntarily resign from the public offices if [they are] not elected,” the chief justice had observed and added the establishment of the democracy warranted actions, not mere words. “It seems Sheikh would hold his bag and just depart once the job is done,” he remarked.

Last week, Prime Minister Imran Khan had asked his special assistant on petroleum Nadeem Babar and the secretary petroleum to step down in order to ensure transparency in the fuel crisis probe. “The prime minister has decided that as the whole chain is to be probed and billions of rupees of the nation are to be investigated, therefore in order to bring this certainty that there is not even a doubt that anyone could influence the investigation, the actions have been taken for both these individuals,” Asad Umar had said while addressing a press conference. He had said that Petroleum Division secretary would also be asked to report to the Establishment Division as soon as his replacement was finalised. He, however, had clarified that the direction to the SAPM and the secretary did not mean that they were involved in the criminal act.

Reacting to the development, Pakistan People’s Party (PPP) Chairman Bilawal Bhutto Zardari termed the removal of Hafeez Shaikh as the finance minister as the victory of the Pakistan Democratic Movement (PDM). In a message posted on Twitter, Bilawal Bhutto said that the sacking of the finance minister was the victory of the PDM. “PTIMF minister needed to be elected to continue in post and Senate defeat made that impossible,” he said, adding that the government has now admitted that inflation is skyrocketing because of its failed policies. “Parliamentary opposition [has] proven most effective vs this regime,” he said.