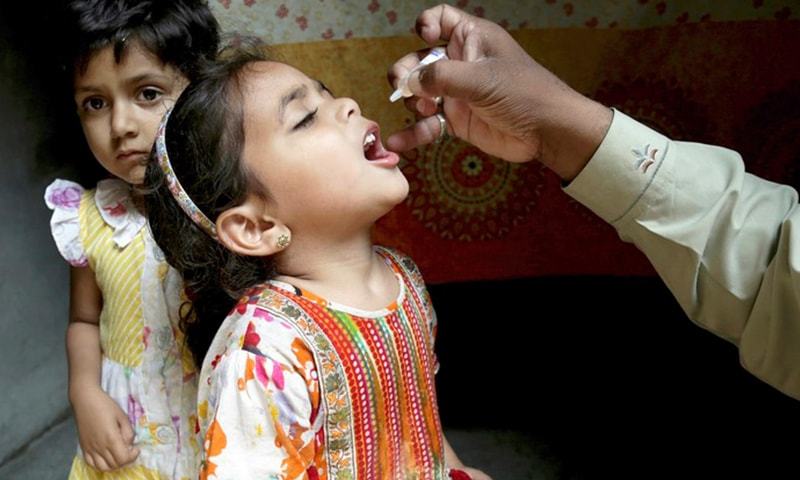 A polio vaccination campaign has commenced today (Monday) and will be carried out across the country under strict SOPs.

According to the sources, around 20 million children in the age bracket 2 to 5 years will be vaccinated against polio during the five-day drive in Punjab. Spokesperson Punjab Health Department informed that one hundred twenty thousand health workers will participate in the drive.

In Khyber Pakhtunkhwa over 6.4 million children will be vaccinated during the 5 day campaign in the province.

The vaccination drive will be further carried out in Azad Kashmir and Gilgit Baltistan as well. According to AJK Health Department, 2000 mobile teams have been constituted for the drive, while 397 fixed and 124 transit points have also been set up to make the anti-polio drive successful.

More than sixty-six hundred thousand children will be given the anti-polio vaccine in Azad Jammu and Kashmir. And two hundred forty-two thousand children under the age of 5 will be vaccinated in Gilgit Baltistan region.

The Health Department has constituted 1690 fixed and mobile teams for this purpose.

Other than Afghanistan, Pakistan is one of the two remaining countries in the world where polio is still categorized as an endemic viral infection.

The infection remains endemic despite over 100 rounds of vaccination being carried out in the past decade. Pakistan had the world’s highest number of polio cases in 2014.

There have been numerous polio vaccination drives in the country in the previous years in efforts to totally eradicate the disease.