* Syed Maududi's attitude towards Sufism was critical but respectful 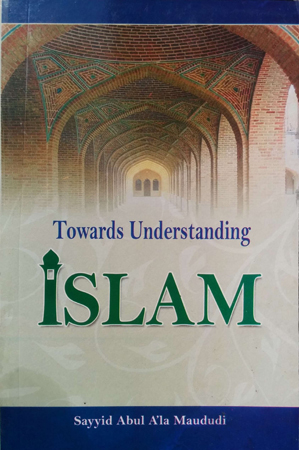 Our attitude towards Sufism determines the answer to the complex question of our identity in matters personal and political – our view of religious/secular other.

Syed Moududi’s views helped determine views of millions towards Sufism and call for attention and clarification.

Syed Moududi’s attitude towards Sufism was critical but respectful. Certain ambivalence in his attitude shows he was not quite clear on key claims of Sufism or didn’t reflect in depth on them.

Let us first note how Syed Moududi concedes, in principle, traditional understanding of Tasawwuf as spirit or interior dimension of Islam. He writes in Towards Understanding Islam that Fiqh and Tasawwuf complement each other and noted that, “What concerns itself with the spirit of conduct is known as Tasawwuf” and “the true Islamic Tasawwuf is the measure of our spirit of our obedience and sincerity, while Fiqh governs our carrying out commands to the last detail. In his thinking, Sufism became a moral code meant to instil self-discipline as opposed to an esoteric Islamic reality, which complemented his conception of an ideal Muslim.”

Let us first note how Syed Maududi concedes, in principle, traditional understanding of Tasawwuf as spirit or interior dimension of Islam. He writes in Towards Understanding Islam that Fiqh and Tasawwuf complement each other and noted that, ‘What concerns itself with the spirit of conduct is known as Tasawwuf’ and ‘the true Islamic Tasawwuf is the measure of our spirit of our obedience and sincerity, while Fiqh governs our carrying out commands to the last detail’

Maulana Maududi mentions in A Short History of the Revivalist Movement in Islam regarding Tasawwuf:

True to God, I bear no personal grudge against the tasawwuf presented by these great reformers; in spirit it was indeed the real tasawwuf of Islam, nothing different from ihsan. But what I think should be carefully eschewed are the mystic allusions and metaphoric references, the mystic language, and the continuance of a peculiar mystic lore, customs and traditions. Obviously, the real Islamic tasawwuf does not stand in need of this particular mould. Some other form and some other language may be adopted for its expression, mystic allusions and references may be avoided, and the master-disciple traditional relationship in all its allied forms may be replaced. After all what is the necessity of sticking and adhering to a form which has been corrupted by un-Godly practices for long times?

Just as a pure and lawful thing like water is prohibited when it is deemed to be harmful to a patient, so what has become the cult of tasawwuf, though technically allowable, needs to be eschewed and laid aside.

Syed Moududi has issues with what he sees as divinisation of guide and servile mentality of disciples resulting in “the incapacity of all mental powers of discrimination and criticism of thinking and reasoning, and the disciple is completely obsessed with the guide’s personality and authority as if he were his Lord.”

Propagate what he sees as worth emulating. He follows Ibn Taymiyyah in listing such early Sufis as Fudayl bin ‘Ayyad, Ibrahim Adham, Ma’ruf Karkhl, in this camp.

Reject what is condemnable due to admixture of Greek and Stoic, Zoroastrian and Vedantic philosophies and incorporation of “monastic and yogic practices and customs and polytheistic ideas which recognises the Shan’ah, tariqah, and ma ‘rifah as independent and more often contradictory aspects of life, and which aims at training man for other purposes than training him for his duties as Allah’s vicegerent on the earth”

Purify or reform that which has “conjoined in it traits and features of both the first two kinds” and whose ends are more or less different from those desired and cherished by Islam” and fails to prepare man for his “duties of Allah’s vicegerency” or have “a comprehensive view of Religion,” or qualified to establish it.

The argument regarding certain pathologies creeping in in most of the people associated with the traditional institution of initiation chains, guide-disciple relationship and certain mystifying occultist and cultist framing besides tendency to indulge in states instead of working hard for perfection of virtues/ stations has been widely noted.

Shariah, tariqah and marifa haven’t been conceived as independent in integral Sufism of great Sufi Masters but constitute a hierarchy in which subsequent terms embrace/transcend and not negate the prior ones. They are not contradictory either. Syed Moududi hasn’t corroborated his theses with compelling evidence. It is in the exposition of such Masters as Ibn Arabi that we find the most comprehensive ground for preparation of the role of vicegerancy of God. It appears Syed Moududi didn’t take enough trouble to refute what he considered antithetical doctrines of Sufis or engage very closely with any great Sufi metaphysician but he succeeded in translating/appropriating the core moral and spiritual content of Sufism understood as struggle with the lower self and perfection of virtues in the pages of his life and work.

One finds in Syed Moududi scholarship woefully inadequate attention to the problem of the mystical. One is compelled to conclude from a slim volume on the issue on Maulana Maududi and Tasawwuf published by Markazi Maktabai Islami and a few pages engaging with Sufism that lie scattered in various writings that although his was essentially positive estimate of the essence of tasawwuf, the work shows rather tangential and simplistic engagement with a great tradition.

The writer can be reached at marooof123@yahoo.com