Another cabinet shakeup on the cards 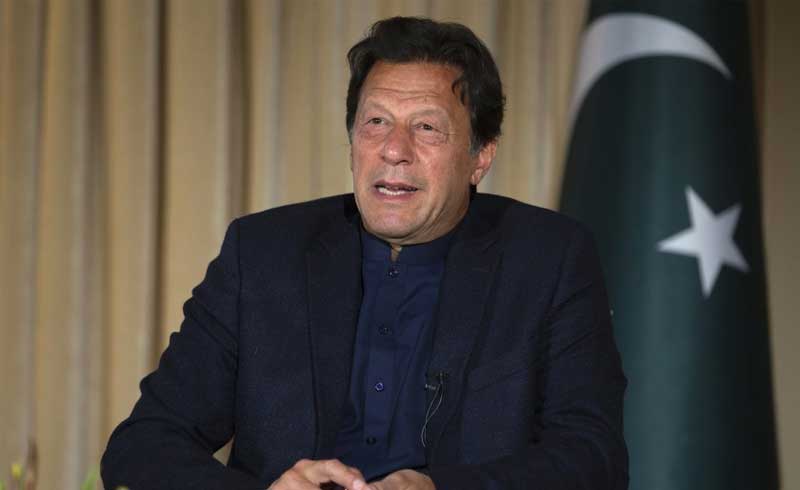 Fate and politics work in strange ways indeed. Just as informed Islamabad circles braced themselves for a ‘bloody’ cabinet reshuffle in the coming days, with many prominent members reportedly biting the dust, Prime Minister Imran Khan was diagnosed as Covid-positive and forced to go into quarantine. Apparently, the inevitable may have been delayed by a few days, but only so.

According to highly informed sources privy to the prime minister’s thinking on this matter, the prime minister, “fed up with lack of governance and zealous attitude”, to quote one source, had decided to make massive changes in his team of ministers and advisors and also in the Prime Minister’s Office. “You may call it a cabinet reshuffle but I think it’s going to be a blood bath”, the source added.

The source added that till a couple of months back, there was a strong possibility of Information Minister Shibli Faraz being assigned another ministry but of late the prime minister had expressed a growing satisfaction with his work and he is expected to continue with his ministry. His personal credibility and a logical steadfast defence of the government apparently proved his winning credentials. However, even he may not escape totally unscathed as either Senator Faisal Javed or Farrukh Habib MNA, may be elevated as state minister and assigned to the information ministry. How that works out for Shibli remains to be seen.

In an interesting development during the days when the prime. Minister was purportedly making up his mind about Shibli Faraz retaining his ministry or otherwise, the sources claimed that none other than Ms. Firdous Ashiq Awan reportedly began making moves to regain her lost berth in the capital but apparently to little avail. According to latest info however, the lady continues chasing her hitherto elusive Islamabad resurrection. The fact that the information team already has the fiery and will-do-anything-for-the-boss Shehbaz Gill types, further retard her chances of a comeback in the foreseeable future.

But it isn’t all bad news for everyone. It was told that fortunes of Fawad Chaudry, Pervez Khattak and Sheikh Rasheed were destined for an upward tick. In an interesting twist, Sheikh Rasheed may have had a narrow escape with his ministry because, according to the source, the prime minister had been inclined to reallocate Interior Ministry but later changed his mind for reasons known to him only. Pervez Khattak has long been an aspirant for the Interior job but according to insiders the prime minister may not trust him enough with such a sensitive portfolio. However, the source claimed that owing to his latest contributions in the senate campaigns etc., the prime minister plans rewarding Khattak with a meaningful ministry.

Minister for Science & Technology Fawad Chaudry’s fortunes may get an even better swing in the impending reshuffle, according to the sources. He along with Pervez Khattak is falling in the underutilised category and is likely to get one of the top ministries.

According to the informed sources, the prime minister had developed a matrix to judge the performance, or lack thereof, of his political and bureaucratic team members. The evaluation matrix had been divided into three broad categories, namely: 1) Non-Performers. 2) Conflict of Interest impacted 3) Performing assets that are underutilised.

Sources also claimed that the Prime Minister is not happy with the Food Minister Fakhar Imam and Khusro Bakhtiar for lack of performance or remaining silent on the issues concerning their respective portfolios. Since Aviation Minister Ghulam Sarwar has nothing significant to show for his performance, the Prime Minister might give him a drubbing while ironically retaining the CEO of PIA, which has literally crashed in terms of performance and image, and will also continue enjoying his position and privileges. Zartaj Gul is also expected to be shown the door not merely for lack of performance but also for making embarrassing Fau Paxus on TV and in public.

Displays of public acknowledgement of his loyalties notwithstanding, serious questions linger over the ‘innocent senate voting mistake’ of Sheharyar Afridi and it may cost him his state ministership.

A big change is also in the offinge in the quieter bureaucratic realm. Principle Secretary to Prime Minister, Mohammad Azam Khan may be moving to newer greener pastures but his replacement is still not clear. According to sources, in case of his departure he would reportedly like the incumbent Chief Secretary KPK to be his successor but so far the prime minister has kept the decision to himself. It was also whispered that powers that be too are not ‘exactly’ happy with him.

It shall be interesting to see the fate of two powerful advisors, namely Razaq Dawood & Nadeem Babar. While Mr. Razaq Dawood reportedly has been unhappy over not being given a senate nomination, he may soon have more reasons to be unhappy. The sources claimed that the Prime Minister was very disturbed about conflict-of-interest issues plaguing these gentlemen and this concern could well culminate in their ouster. Minister Omer Ayub is also in the cross hairs because of his father in law owning an IPP and benefitting along with Razaq Dawood & Nadeem Babar from the latest IPP agreement. It is pertinent to mention that both Mr. Dawood and Mr. Nadeem Babar own power plants that will be getting billions of rupees because of the compensation agreement brokered by their own government with IPPs.

Prime Minister Imran Khan has made changes to his cabinet in the past also but on a limited scale. Last cabinet changes were made in December 2020 when his advisor Hafeez Sheikh was elevated to the status of a federal minister and Sh. Rasheed was appointed as Interior minister. In the same stroke Azam Swati had landed the Railways portfolio while Ijaz Shah had taken over the reins at Narcotics Control. However, this time around the stakes are way higher for the prime minister. He has to make transformative changes in his team for dramatic results in the second and final leg of his term. If he does not make the required change in his governance, then he faces the risk of himself being consumed by change. The clock is ticking with a mere 127 or so weeks left to the hustings. Tick tock. Tick tock.