Pakistan’s Prime Minister, Imran Khan, got vaccinated against the deadly coronavirus on Thursday. Unlike the majority of the foreign leaders, the Pakistan PM took the Chinese vaccine Sinopharm. 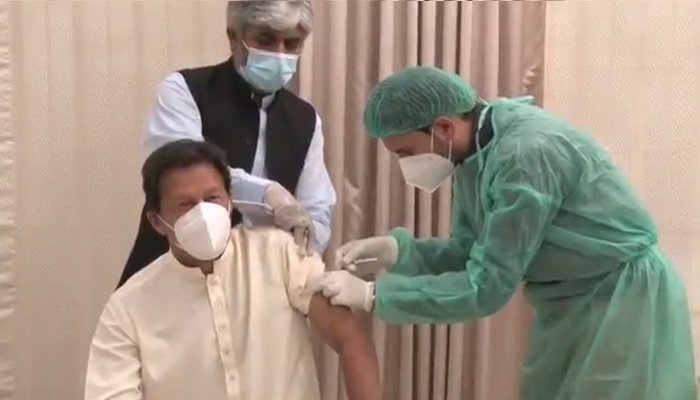 The president and the first lady arrived the vaccination center at Tarlai after he received the intimation from 1166 registration service where he had registered themselves on February 15, this year.

Talking to media, the president said the elites across the world had been breaking the queue to get vaccinated but in Pakistan, the government had put in place an efficient mechanism for vaccination of the people on their turn.

The president said he found the system very easy and viewed that the mechanism of calling the people proactively had also avoided crowd at the centers, though the government had sufficient stock of the medicine available.