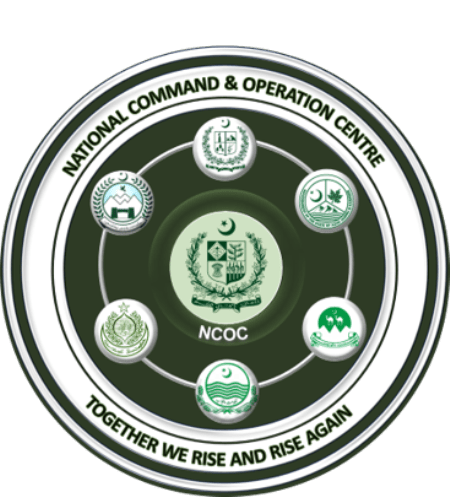 In a worrying development, the national positivity ratio of Pakistan shot past 7% on Tuesday as over 2,500 people tested positive across country.

On the other hand, the country also lost 58 people to the deadly virus on Tuesday, with the most deaths occurring in Punjab followed by Khyber Pakhtunkhwa. The new deaths take the national tally of coronavirus fatalities to 13,595. The breakdown showed that 4,461 patients died in Sindh, 5,812 in Punjab, 2,169 in Khyber Pakhtunkhwa, 526 in Islamabad, 202 in Balochistan, 103 in Gilgit Baltistan and 322 in Azad Jammu and Kashmir.

The Ministry of National Health Services said that local-level administrative decisions are being made in the federal capital to control the disease. It advised the citizens to continue following the social distancing, use of mask and other precautionary measures to stop increasing local transmission of Covid-19.

The district administration of Islamabad has increased surveillance of different streets of the capital to reduce transmission of the infection. It has also started taking action on violation of standard operating procedures (SOPs) related to the coronavirus while visiting marriage halls, markets, and petrol pumps by its inspection teams. The administration has been asked to seal schools, shops, workshops, and restaurants on violation of SOPs.