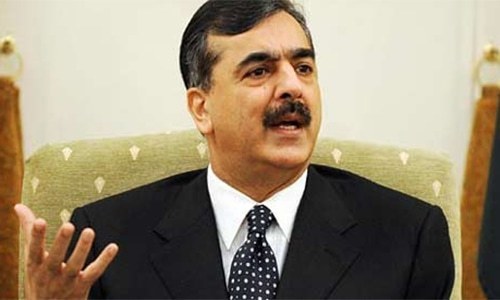 From the upper house, 98 senators exercised their right to vote today, out of which seven votes were rejected.

7 votes cast for Yousaf Raza Gillani were rejected because stamps were not placed on the ballot paper correctly.

The votes were rejected by the presiding officer, Syed Muzafar Hussain Shah, as the ballot papers the stamp was on the candidate’s name instead of the box next to it.

“These seven ballot papers are rejected,” announced Shah. He added that one vote was rendered invalid as it was cast in favour of both the candidates.

The opposition challenged the result as the rejected votes were cast in favour of Gilani.

Sanjrani received 48 votes, while Gillani bagged 42. Eight of the 98 votes in total were rejected, including one that had a stamp on both names.

During the first half of the day’s session, the upper house swore in 48-newly elected senators. Senator Syed Muzafar Hussain Shah was nominated as the presiding officer by President Arif Alvi and was administered the oath.

Earlier, the Senate session started at 10am with oath-taking ceremony of the newly-elected lawmakers, while the voting process completed shortly before 5pm, after which the counting began.

The PTI regime and the Opposition-led PDM had locked horns for the Senate’s chairman and deputy chairman posts, following jibes between the two sides, controversies, and secretly-made videos.

After the Senate elections on March 3, the House strength has been reduced to 100 senators and now it consists of 99 senators, as Ishaq Dar is in self-exile and has not taken oath as a senator.

The senators of the ruling coalition include 27 members of the PTI, 12 of Balochistan Awami Party, three of MQM, three independents and one each of PML-Q and the PML-F (which is a constituent of the Grand Democratic Alliance).