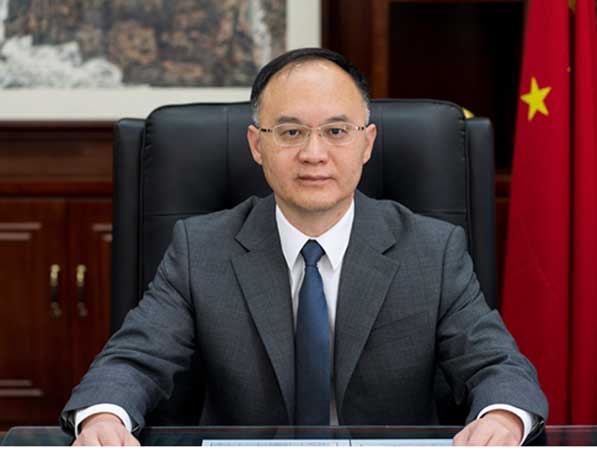 It is universally acknowledged that one of the huge challenges the world faces is the eradication of poverty, which has become a common goal for all humanity. As the largest developing country in the world, China, through its own persistence and struggle, has won a complete victory in the fight against poverty on the occasion of marking the first centenary of the founding of the Communist Party of China (CPC) by accomplishing the arduous task of eliminating extreme poverty, thus working another miracle in the annals of history!

Over 40 years since China’s reform and opening-up, more than 700 million Chinese people have successfully shaken off poverty. Especially in the past eight years, the number of people in China lifted out of poverty has reached averagely more than 10 million per year, equal to the population of a medium-sized country. So curious as to what has dramatically elevated the livelihood of the formerly poverty-stricken Chinese people, the world community wishes to decipher the very code behind China’s success in poverty alleviation.

Unarguably, it is the strong leadership of the CPC that has played the most fundamental role in achieving China’s success in poverty alleviation. Since its founding in 1921, while sticking to its original mission of seeking happiness for Chinese people and achieving national rejuvenation, the CPC has strived to serve the people and rely on the people at every stage of development.

Generations of top leaders of the CPC have deeply cared about its people. As President Xi Jinping once said, “During my work of more than 40 years at various levels of Chinese governments, successively from that of the county, to the municipal, the provincial and finally the central, poverty alleviation has always been my focus which consumed most of my energy.” After the 18th National Congress of the CPC in 2012, President Xi Jinping called on the whole CPC and people throughout the country to participate in the cause of eradicating poverty under his leadership, and led the battles against poverty most largest and most fierce in human history, trying with the spirit of hammering nails to get the work concerning poverty eradication thoroughly implemented. In the process, millions of cadres and ordinary CPC members responded to the call actively, and worked in the front line for the projects of poverty alleviation, among whom more than 1800 comrades sacrificed their lives for this great cause!

In view of its national conditions, China insists on eliminating the root of poverty by abiding to the law of poverty reduction and by means of sustainable development. The development since the founding of New China, especially the rapid development since the reform and opening up, has laid a solid material foundation for poverty reduction. For more than 40 years, China has made unremitting efforts to promote industrialization, urbanization and agricultural modernization. In the last mile of poverty alleviation, China adheres to the ideas of targeted poverty alleviation and development-oriented poverty reduction, in order to achieve a transfer in strategies from resorting to others to relying on itself. In addition, such attempts of empowering the people by building up their determination, helping them acquire knowledge, along with efforts of highlighting input in education are made to block intergenerational transmission of poverty.

China has benefited from the political advantages of the socialist system that can coordinate all resources to complete key national undertakings. It also advanced the initiative that those who get rich first should help others lagging behind. China has pooled a lot of financial, human and material resources on the main battlefields of poverty alleviation, established a top-down working mechanism from the central to the very grassroots level, the big system of collecting assistance from different regions, sectors, industries, enterprises or other sources in the society for this noble cause. In the past eight years, the financial and social assistance from nine developed provinces and cities of eastern China to less developed regions alone have reached over 100.5 billion yuan.

So far no other country in the modern world can lift hundreds of millions of people out of poverty in such a short time like China, nor ever one did in history. This achievement belongs to China, and to the world as well. With these efforts, China has contributed much to the accelerated process of poverty reduction in the world, accounting for more than 70% of the global poverty reduction population, achieving 10 years ahead of schedule the poverty reduction goal of the 2030 Agenda for Sustainable Development adopted by all United Nations Member States. Under the new context, China will effectively combine its efforts of consolidating and expanding the achievements of poverty alleviation with its new policy of rural revitalization to cement the outcome of poverty alleviation and contribute more sustainable development of the rural areas.

Eliminating poverty is the common mission of mankind. President Xi Jinping has repeatedly called on the international community to pay active attention to people’s rights of subsistence and development in developing countries, and make joint and unremitting efforts to build a poverty-free community with a shared future for mankind with common development. While promoting its own poverty reduction process, China has provided much assistance to developing countries within its capacity. For instance, by setting up “China-UN Peace and Development Fund” and “South-South Cooperation Assistance Fund”, China have actively used multilateral and bilateral channels to help international cooperation in poverty reduction. China has carried forward the “Belt and Road Initiative”, making new contribution to the realization of the 2030 Agenda for Sustainable Development. According to the estimation in a report of the World Bank, thanks to the “Belt and Road Initiative”, 7.6 million people would get rid of extreme poverty, and 32 million would walk out of the shade of moderate poverty. China will continue its unswerving support to developing countries in eradicating poverty through economic development and improvement of people’s livelihood, to inject new impetus into the implementation of the 2030 Agenda for Sustainable Development.

China and Pakistan are all-weather strategic cooperative partner. China takes Pakistan as a priority in its foreign relations. Both countries pay high attention to poverty alleviation. Prime Minister Imran Khan himself has repeatedly emphasized learning from China’s experience. He said that with determination and commitment Pakistan can do the same for its people. This year marks the 70th anniversary of the establishment of diplomatic relations between China and Pakistan. China will further promote practical cooperation in various fields between the two countries, actively share experience in poverty reduction, adhere to high-quality development of the CPEC, and focus on supporting Pakistan’s industrialization and urbanization. China will also continue to deepen cooperation in education, vocational training and agricultural cooperation.

During President Xi Jinping’s visit to Pakistan, he said, “When brothers work together, their sharpness cuts through gold.” I believe that with the joint efforts of two sides, China-Pakistan cooperation will achieve greater success for betterment of the well-being of the people of the two countries, and help build a closer China-Pakistan Community of Shared Future in the New Era.