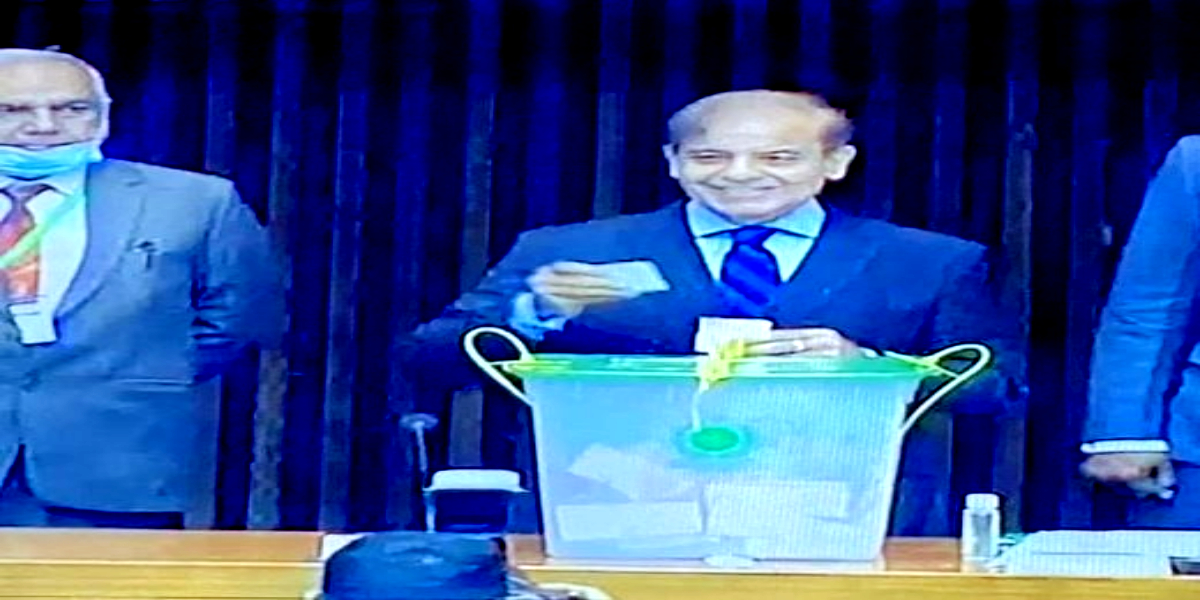 Pakistan Muslim League Nawaz (PML-N) President and head of the opposition Shahbaz Sharif cast his vote in the Senate Elections 2021.

It must be noted that the PMLN President was held under National Accountability Bureau (NAB) detention. The accountability courts allowed the PMLN leaders Shahbaz Sharif and Khawaja Asif to exercise their rights to cast vote for the Senate 2021 polls.

Shahbaz Sharif along with Khawaja Asif was shifted to Islamabad earlier today to cast their votes for the on going senate elections.

It is to be mentioned that the senate elections are contested for 37 vacant seats.

The contest between Yousaf Raza Gillani and Hafeez Shaikh is said to be the most high profile contest as they both aim for the general seat from Islamabad.

Polling started at 9am and will continue uninterrupted till 5pm. Member of National Assembly Shafiq Arain was the first person to cast the vote.