Senate elections to be held through secret ballot as per past practice: ECP 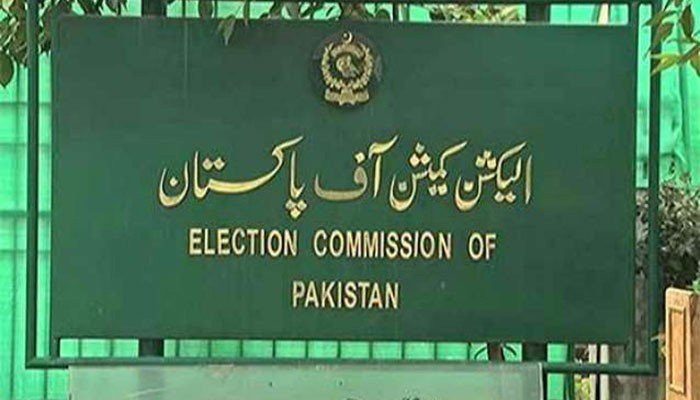 ISLAMABAD: The Election Commission of Pakistan (ECP) said on Tuesday that the Senate elections scheduled for March 3 (tomorrow) will follow the previous procedures of secret ballot.

The decision of Election Commission of Pakistan came a day later the Supreme Court of Pakistan (SCP), announced its opinion on the presidential reference on open Senate vote and said that Senate elections will be held through secret ballot.

An ECP meeting with Chief Election Commissioner Sikandar Sultan Raja in the chair deliberated the SC opinion and decided to implement it in letter and spirit, according to a statement.

“The Commission is taking all possible steps and measures to fulfill its constitutional duty to check that corrupt practices in the Senate Elections are guarded against,” the ECP said. 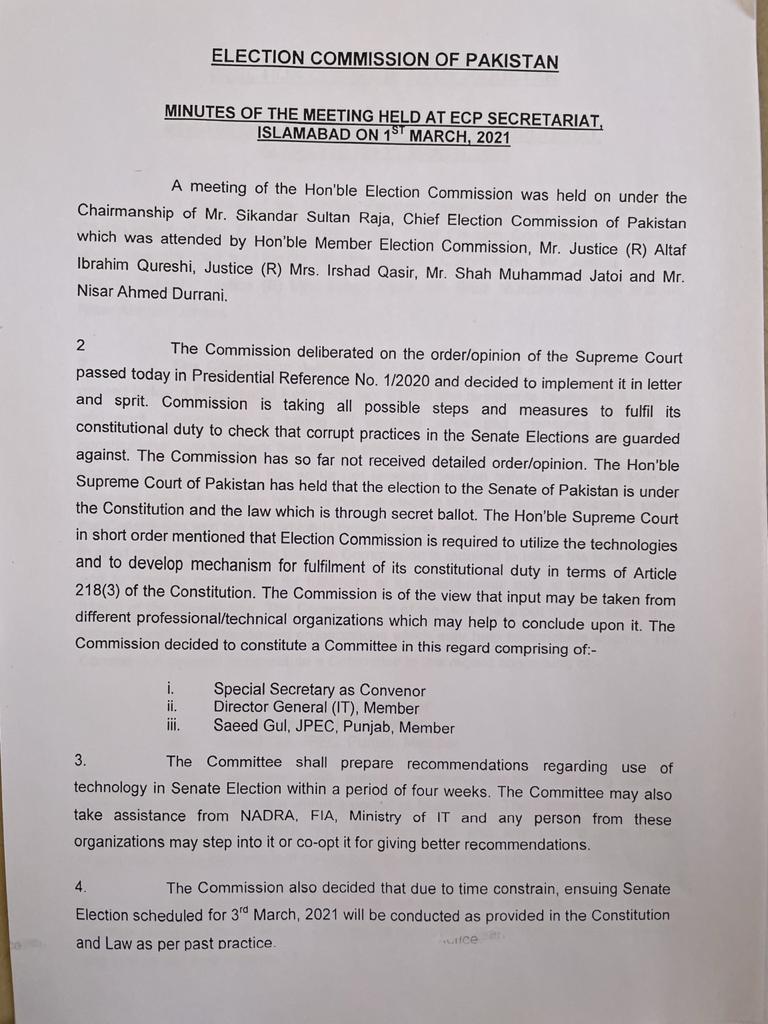 Earlier the Supreme Court stated that the Senate elections will be held under Article 226 of constitution (secret ballot). However, Election Commission of Pakistan is empowered to take all measures to curb corrupt practices under Article 218 (3). SC also said that secrecy is not absolute.