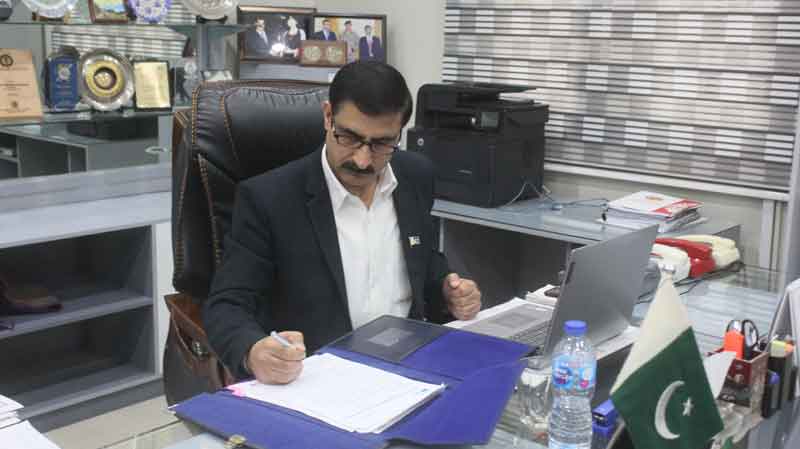 While one of the oldest Pakistani universities, the University of Peshawar, has taken loans of more than Rs 900 billion during the last several years, the newly appointed Vice-Chancellor Prof Dr Muhammad Idrees says he has planned to steer the institution out of the financial crises through various plans.

Speaking to Daily Times, Dr Idrees said that the university has released full salaries to the employees for the month of January without taking any loan as he refused to take loan but managed the salary issue through a short-term plan.

“The university has around 15,000 students and 663 faculty members and it has so far borrowed Rs 960 million from banks to meet its expenses including staff salaries so far. When I took charge, I was told to take loan, because Rs112 million that we got from HEC and Rs 30 million own funds were insufficient for salaries, this is why I only paid the employees their basic pay for the month of January. However, with another grant from government, we paid the rest of salaries to the employees within a few days.”

He said the administration had put forward three plans before the government to resolve the financial crisis.

“Under the short-term plan, the government has pledged Rs 135 million to the university each month till June 2021 while under the medium-term plan, an endowment fund has been set up and both the federal and the KP governments would contribute Rs 1 billion each to the fund each year,” Dr Idrees added.

Discussing the long-term plan spanning over the next 10 years, he said laboratories were being enabled for testing facilities and services of various departments were to be outsourced. He also said that the university has property and shops, which have been rented out, and that now he has started an inquiry as to where the rents are going, as the university needs it nowadays.

“Also, I personally visited the summer campus of the UoP in Galyat and with looking after the arrangements there, we hope to earn Rs 200 million in the upcoming summer season when tourists throng the area,” he added.

He also discussed several reforms being undertaken for resolving issues of the university. “With controlling just two allowances to the faculty, we have saved Rs 300 million. These are house subsidy allowance and medical allowance. The employees were getting these two allowances at the rates, fixed by Higher Education Commission (HEC) for universities in Islamabad. But we brought these allowances to the rate of the KP province, as given to the civil servants here, because the house rents and other expenses in Islamabad are quite higher than KP,” he added.

He also said that in foreign universities, professors apply for research grants, out of which they even get their own salaries but that the situation is totally different in Pakistan.

He said that since I took charge as VC, he learnt that the university has only 34 projects, and now he said he would try to increase such projects.