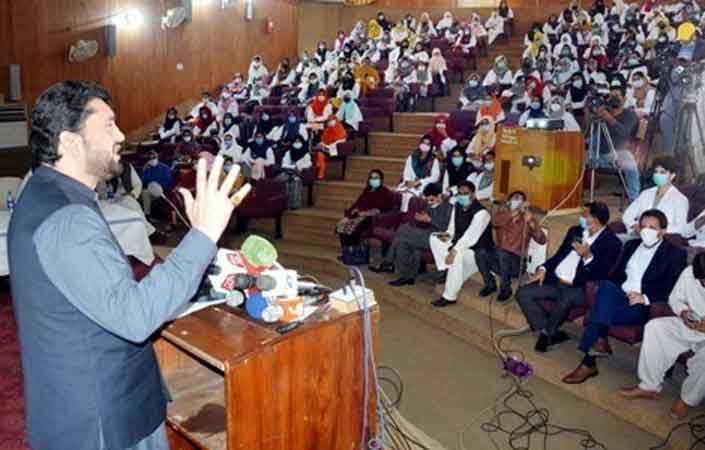 He expressed these views while addressing participants of a seminar here titled ‘Countering Extreme Behaviors Through Perception Management’.

Afridi said that top human rights organizations have also called on India to immediately halt its intensifying suppression of voices of Kashmiris after the country’s National Investigation Agency (NIA) raided several organizations in Jammu and Kashmir.

Quoting the Amnesty International, Shehryar Afridi said that the global watchdog on human rights said that Indian raids are an alarming reminder that India’s government is determined to suppress all dissenting voices in Illegally Occupied Jammu and Kashmir.

He said that thousands of Kashmiris soon after the abrogation of Article 370 and 35A to strip Jammu and Kashmir of its autonomy, were arrested, including pro-India politicians, and an internet blackout was imposed following the unprecedented political move. He said that the high-speed internet was restored after two years which proved to be the longest spells of internet shutdown in the world.

Shehryar Afridi said that the educated youth is giving confused vibes and is distracted from its roots. He said that self-belief and national pride is a must for our youth and the youth should work diligently to create a tolerant and moderate society. He said that Pakistan is the jewel of the crown in Asia and was a center of regional and global connectivity and trade.