The global population of senior citizens aged 60 was around 962 million in 2017 and the number is expected to be doubled in 2025 when it is projected to reach 2.1 billion .Mean time a new demographic dividend The longevity Dividend is also emerging as population age .The longevity dividend refers to a health opportunity to add to your life ,sustaining health for longer as we grow older and a life expectancy increases so does out put per day per week increases .Growth in the number of older ppl is a global phenomenon so many states are preparing devising policies for the maximum input of the senior citizens and benefits of longevity dividend can be reaped .At the moment Japan and Singapore are referred as having the most rapidly growing population in the world . As per a report by world Economic Forum Singapore under a program Silk Future launched in 2014, every Singaporean is provided an opening credit of 500 dollars to be used for learning a skill-based course Singaporean university also support their graduates in life-long learning. Alumni of the National University of Singapore can take selected industry-relevant courses for up to 20 years from the time of matriculation; the Singapore University of Social Sciences also offers credits to alumni to offset fees on courses related to emerging skills. Japan is another rapidly ageing Asian country. Currently, about 25% of Japan’s population is above 65 The Japanese govt has taken a multipronged approach with like long term care insurance, creation of Med Tech and aged care institutions to facilitate the

Let’s have a look at our situation .The cultural norms and values plus the religious directives make it obligatory for the grown up children to take care of the parents and the senior people in the family however the changing trends in culture regarding joint family system and independent family , and most importantly the socio economic conditions ,are the challenges faced by the elderly as it’s a total social and economic dependency ,with minimum engagement into something productive .The constitution of Pakistan talks about equal fundamental rights for the elderly however the basic rights of health ,economic well being ,freedom of movement are mostly at risk .Looking at the existing legislations we have a lot at the federal and provincial level.

At national level The maintenance of old Parents and senior Citizen Act 2019 for capital territory of Islamabad does exist .The Act proposes the establishment of a commission in Part 2 article 3 with a variety of assignments and tasks to be carried out for the welfare of senior citizens like formulating policies for senior citizens, conduct research and compile data ,create different forums for senior citizens for their capacity building ,provide facilities and forums for engagement , arrange workshops , ensure participation in decision making and much more however the implementation is again the challenge .More progress has been made at the provincial level with the KP the Senior Citizen Act,2014 as the first ever legislation for the rights of elderly people in Pakistan. The Khyber Pakhtunkhwa Senior Citizen Act, 2014 for the wellbeing, comfort and dignity of the senior citizens, the Senior Citizen Welfare Bill approved by the Sindh Assembly in 2016 and the Senior Citizens Bill by the provincial assembly of Baluchistan in 2017. Punjab has developed the 2013 Senior Citizens Welfare and Rehabilitation Bill which, in addition to promoting social security, healthcare, housing and the provision of support for disability and emergency, promotes the participation of senior citizens in all spheres of life without age barriers

The KP Senior Citizen Act 2014 Section 9 (3) states: “The senior citizens shall be allowed the following privileges on the basis of senior citizen card: free of charge entry to public museums, libraries, parks and recreation facilities; financial supports to deserving senior citizens; separate counters for senior citizens in hospitals; concession in medical and medicine charges; separate medical wards; and membership of organization of senior citizens corps.”However the real implementation on ground is yet to be witnessed Over 0.7 million senior citizens had applied for the senior citizen cards though according to Nadra data there were 2.8 million elderly people in the settled districts of the province. However, the department couldn’t meet the target owing to shortage of funds apparently.The Khyber Pakhtunkhwa Senior Citizens Welfare Council, set up under the law in 2016, seems hardly visible. The minister of social welfare department is to chairperson of the council. It is composed of two MPAs; secretaries of different departments including health, planning and development, finance, local government; commissioner of Peshawar division; and four representatives — two from senior citizen organizations and two from other non-governmental organizations. As an advisory body the council should meet quarterly to discuss issues regarding implementation of the law. However, there is hardly any visibility of the council and its sittings. We have laws and legislation for every social issue however our real challenge is the implementation. The KP govt is currently aiming at increasing the retirement age from 60 to 63. Similarly, the Dispute Resolution Councils DRCs in KP under the KP police Act 2017, are a very good example of inclusion of the experienced community members in dispute resolution as it gives them a feeling of being valued and important Senior Citizens need to be taken as an asset and not as burden in the very first place by both state and society.

A comprehensive research based data needs to be compiled of the elderly which will definitely help in designing programs as per their capacities The establishment of a Senior Citizen Welfare Council (which includes representatives from relevant ministries, the Provincial Assembly, older people’s organizations and NGOs) under the 2014 Senior Citizens Act is the dire need to address the welfare of senior citizens The state departments need to look beyond registrations of the elderly and device plans for the establishment of skill development program where ever possible It will not only build their own capacity but will also create the environment of mentorship based on rich practical experiences .The Employees Old-Age Benefit Scheme, the Provincial Employees Social Security Scheme and the Workers Welfare Fund, micro-insurance schemes including the Rural Support Programme Networks (RSPNs), which the government is planning to expand. There are also social protection programmes, some of which provide cash transfers to the most vulnerable people including older people like by Zakat and Ushr Department ,Pakistan Baitul Mall ,Benazir income support Program and recent Ihsaas program are the state run programs but we need the clarity and proper segregation of the groups benefitting from these programs plus it is also to be sorted out how far facilitation of the elderly is ensured in these various support programs however a lot needs to be thought and planned in terms of productive skill based activities for the elderly along with financial support . 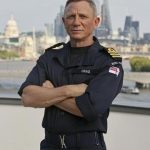 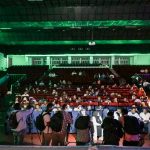 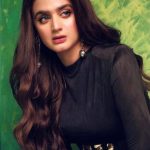 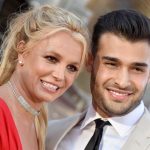 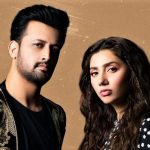