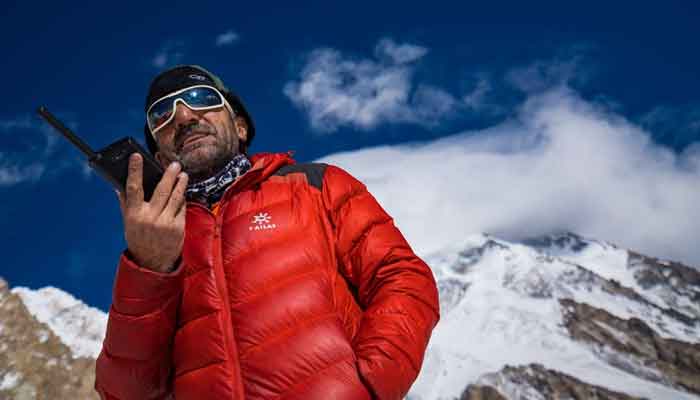 GILGIT: The Gilgit-Baltistan cabinet approved on Tuesday the plan to establish the Ali Sadpara Mountaineering School to honor the country’s greatest climber.

Ali Taj, the spokesperson of GB government, stated in his tweet that the local government is set to establish a mountaineering and rock climbing institute in the legend’s memory. Taj also said that Sadpara’s son, Sajid, will be employed in the school.

The government has also announced Rs. 30 lac for Ali Sadpara’s family. Apart from financial support, the government of Pakistan has decided to respect and honor the legacy of the great mountaineer by awarding him Pakistan’s highest civilian award.

The legendary mountaineer was declared dead along with his two partners after they went missing during their K2 winter expedition.

After days of intensive searching, Ali Sadpara and his two partners, John Snorri from Iceland and JP Mohr from Chile were declared dead on February 18. The three climbers were last seen on February 5 near the Bottleneck on K2 as they attempted to reach the summit of the Savage Mountain. Sajid Sadpara, who was accompanying the three, had to abandon his summit bid after his oxygen regulator malfunctioned and he returned to Camp 3.

Bad weather thwarted multiple attempts to search for the missing climbers, though the efforts continued for several days after the trio went missing.

The announcement was made by his son Sajid Sadpara who vowed to keep his fathers mission alive. “I will keep my father’s mission alive and fulfil his dream,” he said.

Sadpara had aimed on climbing all the 14 8000 ft peaks and bring pride to Pakistan. He had already managed to conquer 8 of the 14 peaks.