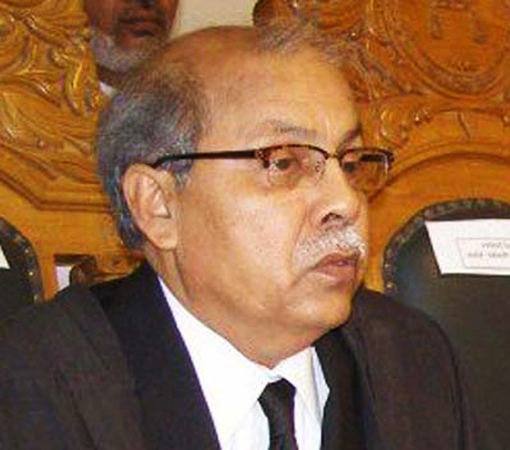 The Supreme Court on Friday said that the representation of a political party in Senate should be proportional to the strength of the party in the provincial assembly.

At the outset of the hearing, the Election Commission of Pakistan (ECP) again submitted its reply regarding affidavits of voters. PPP’s lawyer Raza Rabbani, in his arguments, clarified the purpose of setting up the Upper House, saying that the government gave the impression that the case was under the jurisdiction of Article 184/3 of the constitution.

Justice Ijaz ul Ahsan said that every political party should be represented in the Senate according to its strength. “What is the logic behind the secrecy of vote?” he questioned. The chief justice remarked that if a party has two members in the provincial assembly, it can form an alliance with other parties.

Justice Ijaz ul Ahsan said that the word ‘proportional representation’ is present in articles 59 and 51 of the constitution.

He said smaller political parties with four provincial seats are also represented in the Senate. The idea of a single transferable vote was introduced to give smaller political parties a chance to have their opinion in the federation, he said. “A party having three or four members in Balochistan Assembly have two senators. We have to keep in mind the composition and purpose of the Senate,” he added.

He said majority of the people are represented in the National Assembly, and the Federation of Pakistan in the Senate. It could be seen in the House of Lords and the House of Commons (of Britain). The House of Commons has public representation, he said, adding that the court must look for a solution to the problem in the Constitution.

A bill, he said, could be rejected by the Senate after it was passed by the National Assembly. He said the purpose of the Senate was to ensure equal representation of all the provinces. In a parliamentary system, the two houses of parliament are never run by consensus, he added.

Justice Bandial said many times the political parties of one province also made adjustments with those of other provinces. He asked as to why it was important to keep secret even if there was an inter-provincial alliance?

The court subsequently adjourned the hearing of the case until Monday.