Book, not the begging bowl! 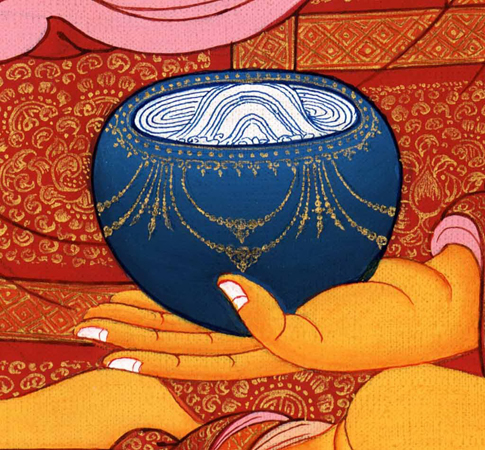 Recently witnessed the slogan, “Book, not the begging bowl!” as a part of the begging containment campaign.

This reminds me of the large number of beggars in every nook and corner of the country, especially the child beggars, even the baby beggars. Like me many would feel the worry about this much beggary on the streets of every city and wish them removed from streets and put them to some useful activity. The campaign like this can or may add a little bit to the awareness to already existing self-evident information about begging and can just well wished step which in fact calls for drastic and concrete steps to eradicate this menace.

This ever-existing and rapidly sprawling problem is also because of sentimental attachment with the charity and so these beggars are thriving at tremendous speed and this is engaging even larger number of people who don’t want to do work and just become the part of the professional gangs in the country. Some of us give death bed alms too to secure our abode after death even if we have not so good human throughout. Another mode of payments to these people is also to show a possession of money.

This very feature of our society increases the number of beggars in and around the sacred months of days in our country. For example, Eid, Ramadan month and other Religious festivities make us divide money to these beggars on a much larger scale as compared to our routine behaviour.

This rendering of help for the poor and needy may be commendable but its direction is wrong. The beggars are of all ages, male and female both. Some are old and young; some are children of very young age. And out of all these, many have joined only because and easy mode of lucrative earning is possible through begging. There may some beggars deserving but more are only work shirkers or work simply denied to them for being a skilled person. There are some who have developed some physical deformity because of some accident or incident but more are deformed by choice and even pose to be deformed. All such beggars are as a whole a menace to the social set up and ugly presentation of the society.

This very feature of our society increases the number of beggars in and around the sacred months of days in our country. For example, Eid, Ramadan month and other religious festivities make us divide money to these beggars on a much larger scale as compared to our routine behaviour

The right path of spending on these beggars or the right path of charitable investment on these beggars is to chart out a comprehensive plan to engage these beggars with a purpose to make them work as per skill they have or can be taught. So, first of all, a data base of these beggars may be maintained and later on the groups of beggars may be forced to join the training and workshops arranged for this purpose and should be paid for their work as well. Government should come forwards by first of banning begging altogether and then such need-based projects may be initiated where the trained beggars can find employment. Besides, the crackdown must be initiated upon the gangs and their leaders who promote and protect their interest by promoting begging.

We Muslims already have a system of zakat and charities. This system can be mechanized in such a way that there are alms houses established on modern rehabilitating and improvising. Charitable and generous people could contribute to such establishments in order to give alms to the men on the road. Moreover, money should be strictly banned to be given on the roads to the miserable men and women. Instead of this, food charities should be established from where any one is unable to eat may find food for himself and this should be only like a temporary relief instead making the people depend on food banks entirely.

Yes, it is right that the young boys and girls may be brought inside the school from outside in the streets and make them get education compulsorily. It is also necessary because evil mongering gangsters are using begging as a mode of earning ill legal means like selling drugs and making people beg on professional basis by establishing professional gangs. Such people do not hesitate from turning a healthy body into a mendicant. This type of crime must be stopped everywhere by taking necessary steps for ensuring every child is in school or a training institute for learning skills. Only such measures can make the country free of the menace of begging and can realize the dream of creating an egalitarian society in Pakistan. If the country is to enter in 21st century to claim its share of leadership in a highly skilled and computerized world, we need to create an army of skilful youth equipped with all modern tools instead of an army of the youth skilled in begging. It may take one or two generations in curing the nation of this deadly and rapidly expanding menace but ultimately the society will be purged of the begging bowl and every child would be in school.