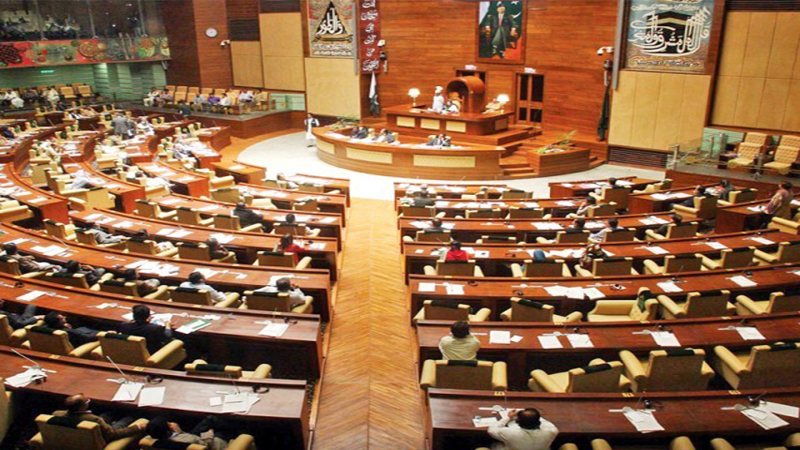 The PTI lawmakers who gathered at the Governor House in Karachi were addressed by Imran Khan via video link, who was flanked by Governor Imran Ismail from Islamabad.

The prime minister condemned the arrest of PTI leader and Opposition Leader in Sindh Assembly Haleem Adil Shaikh and further expressed annoyance over his detention. Over queries from the prime minister regarding the Senate elections, Imran Khan said that Faisal Vawda was their best candidate for the election as he had remained associated with the party for a long time. He assured the lawmakers that the PTI is fully prepared for the election as they have learned a lot from the past. “We will not allow anyone to steal our mandate,” he said, and asked the lawmakers to maintain unity within their ranks.

While apprising the lawmakers regarding the candidature of Faisal Vawda and Saifullah Abro, the prime minister said that being a human being, he could commit a mistake, however, he would not take a wrong decision intentionally. “Rest assured, I will take decisions in the better interest of the nation,” the premier asserted.

He said that political awareness is increasing day by day in the Sindh province and they have started work to field the best candidates from the province in the next general election. “I will personally monitor the election campaign in the province,” he added.