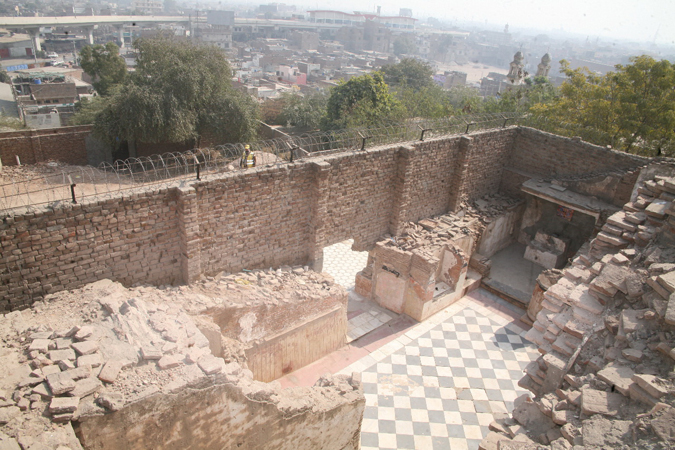 Restoration of centuries’ old Pehrhaladpuri Temple located adjacent to the shrine of famous Sufi Saint Hazrat Bahauddin Zakariya at Fort Qasim Bagh Multan, can play a vital role in promotion of interfaith harmony and religious tourism. The temple that was once known as the first university of Indus Valley because of its educational importance has been turned into debris because of the continued negligence of Evacuee Trust Property Board (ETPB), the department responsible for looking after the religious places.

According to the historians, the rituals of “Holi” initially started from Perhaladpuri Mandir where a large number of Hindus used to enjoy the colors of this festival with all zeal and zest. The historic temple was built by Perhalad Bhagat, the ruler of Kashapura (Old Name of Multan) around 1550 BC. Owing to its unique educational importance, Hindu students from all over the sub-continent used to come here to acquire religious as well as traditional knowledge.

Presently, a few of the relics remain scattered at the residue of the temple as the temple was demolished in a retaliation to the attack on Babri Mosque in 1992. Perhaladpuri Temple, because of its historical importance, is very close to the hearts of Hindu Community of Multan and they have requested several times the district administration of Multan and Shrines Evacuee Trust Board, a branch of ETPB to reconstruct the temple but authorities remain reluctant foreseeing the negative reaction from religious bigots and hardcore sectarian leaders. Pertinent to mention that no activity of religious worship has taken place in the temple since partition of the Subcontinent.

Soon after the visit of temple on by a one-man commission headed by Dr. Shoaib Suddle, former Federal Tax Ombudsman along with Dr. Ramesh Kumar Vankawani and Advocate Saqib Jilani on January 1, various religious organizations including Tehreek-e-Labbaik Pakistan (TLP), Sunni Tehreek and other Deobandi organizations started protest demonstrations against the reconstruction of temple. 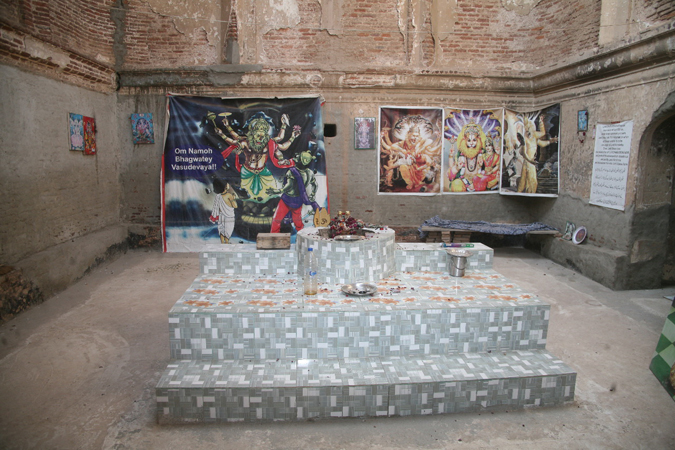 In these gloomy days of persecution of minorities, the rejuvenation of the holiest historic temple will send the message of peace, pluralism, multiculturalism and inter-faith harmony all around the globe. Syed Ijaz Haider, Central Chairman Inter-Religious Peace Council while giving an interview to the scribe said that Multan has various famous temples including Jain Temple, Suraj Kund Temple and Perhaladpuri Temple which shows the peaceful co-existence of people practicing different religions. He lauded the decision of Supreme Court regarding renovation of temples and suggested that moderate religious leaders should be engaged to deal with the bigoted tendencies. Malik Ramzan Guru, former President Punjab Professors and Lecturers Association (PPLA) and head of History Department Govt. Civil Lines College Multan said that diversity of various religions had added to the splendor of Multan in the past. He further said that Perhaladpuri temple is a site of great archeological as well as religious importance and can become a huge source of earning if declared as a tourist spot. “The temple is so venerated that the Hindu Parliamentarians offered Rs.50 million rupees from their development funds for the reconstruction of Parhaladpuri Temple”, he added.

Advocate Faheem Gill, civil society activist said that various minorities’ leaders have sought help from courts and demanded security amid protests and threats from the sectarian factions. Gill suggested that to minimize the sensitivity of the matter, the Government should initiate renovation of all holy sites including mosques, temples and churches. This will not only pacify the religious extremists but also present a positive and soft image of Pakistan.

As Hindu Community is going to celebrate “Holi” on March 28, government and society should equally play their role in rebuilding of Perhaladpuri Temple to show respect towards the members of Hindu Community. This will not only help in combating the extremist mindset but will also restore the historical identity of Multan.