Concretization of the City of Gardens

The Punjab government recently announced a plan to demolish the iconic aerodrome at Walton along with the adjoining plant nurseries to build in their place a ‘commercial hub’. In the debate that has since ensued much has been said about the historical significance of the airway itself, but what is inarguably the more pressing matter is the sacrifice of yet another vital urban forest, that for decades has provided an invaluable green space in the increasingly denuded landscape of Gulberg, at the altar of ‘development’.

As is often the case with forced evictions, the official pretext for removing the nurseries is a claim that their owners had been ‘squatting free on public land’ i.e land which belongs to the Civil Aviation Authority. This allegation, however, is entirely baseless given that the tenants have not missed a single payment of rent to the CAA in the thirty years since they set up their operations. In spite of this, it wasn’t long before a score of policemen surrounded the nurseries as if they were bracing to bust some illicit drug ring in order to hasten their removal. In the past, when similar charges, substantiated by reams of evidence, have been levelled at some real-estate bigwig like Malik Riaz—whose name, incidentally, has been linked to this project—the state’s response has seldom been anything more than a gentle slap on the wrist.

So, as things stand, over nine thousand trees, with some nearly half-a-century old—and along with them an entire ecosystem of birds, bats and bees they support—will be bulldozed in moments; the livelihoods of hundreds of people employed by and inhabiting the nurseries swept away, to be replaced with sterile structures of concrete as Lahore completes its transformation from ‘city of gardens’ to the smog capital of the world. Gulberg, as it is, suffers not from a scarcity of commercial plazas, as a look around Main Boulevard should attest, but a surfeit, borne by the fact that most such towers, years after their completion, still sit entirely vacant for lack of business.

The purpose of such projects, of course, lies not in the social utility they provide but the lucrative profits yielded through their construction. One, after the other, erstwhile residents of Gulberg with a personal stake in the ecological well-being of the area have been driven out through the inexorable rush of gentrification, which sees the ownership of their properties handed over to development magnates with a singular focus on profit maximization. How such proposals can be squared with the government’s much-trumpeted commitment to combating climate change baffles the mind but is, unfortunately, characteristic of a regime rife with contradictions.

Politicians, whilst paying lip-service to environmental issues in public pronouncements, persist in pandering to the interests of real-estate tycoons (and their affiliated industries) behind the scenes. It should come as no surprise then that the plan to destroy the vital green space at Walton comes on the heels of Chief Minister Usman Buzdar’s announcement of increased land allotment for Miyawaki forests in the city.

There are, unfortunately, no political points to be gained from the rational act of conservation, whereas grandiose proposals are sure to engender universal approbation. And so, concerns for public health and safety are systematically subordinated to the imperatives of profit-making in policies that come cloaked in the obfuscatory language of ‘development’—or similar euphemisms which put a positive spin on brazen acts of ecological destruction, to lend them a stronger sanction of legitimacy and an air of inevitability. However, in a time when air pollution in Lahore has risen to such hazardous levels that average life expectancy for its inhabitants has been reduced by five years, stealing our future, for the sake of short-term enrichment should be considered a criminal act; one that reveals how the biggest thieves are in fact those who operate within the framework of the law; for whom the law so often serves as a bludgeon wielded against common people.

The fight against climate change is, ultimately, a fight against the logic which views forty and fifty year old trees as an inconvenient impediment to commercial activity. Plantation drives, while undoubtedly important, are, by no means, a substitute for the paramount task of conservation, with sapling survival rates in public spaces barely touching 30%.

Our government expects us to simply adapt to the toxicity of air pollution and smog and buy into the narrative that scapegoats poor brick-kiln workers or crop-burning farmers, while effectively absolving the role of elite developers razing vast swathes of once forested land to erect monotonous housing schemes dotted with ecologically useless palm trees—or garish apartment complexes intended more for lucrative price speculation than they are for addressing the homelessness crisis. I believe it is time for us to turn our attention away, if we are serious about tackling climate change, from powerless actors in peripheral regions and towards the powerful who perpetuate the colonial proclivity of perceiving the world as a playing field for exploitation, for the monetization of every square inch of land, for the commodification of every facet of life. 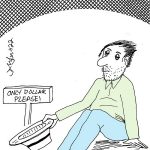 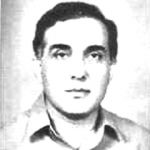