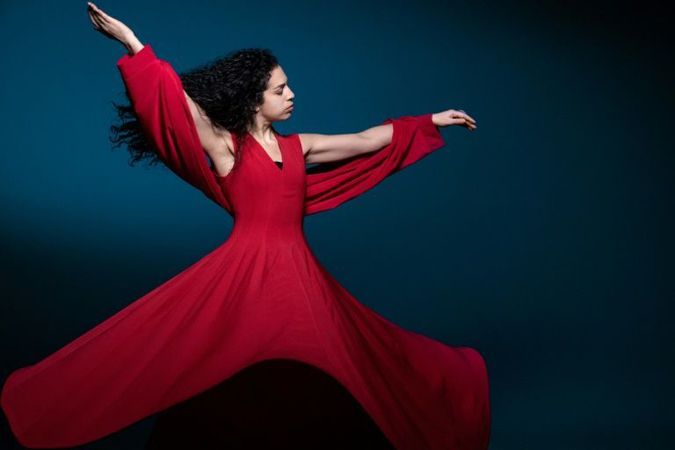 One of the world’s few female whirling dervishes, Rana Gorgani has opened up Sufism to a wider audience, and is now making surprising spiritual connections over Zoom thanks to the pandemic. French-Iranian Gorgani, 37, used to think of whirling — a sort of “moving meditation” through which Sufis seek to commune with the divine — as something that should remain behind closed doors. Despite growing up in France, she was initiated into the practice while visiting Iran, a place where Sufis often face persecution by the authorities and dancing in general is frowned upon. She had never intended to perform the whirling in public — that was something normally reserved for men. But a decade ago, she decided she wanted to share its beauty with a festival audience in Montpellier. “After some minutes, I panicked and stopped for a few seconds. It felt like I was breaking some rule,” she recalled. “But I started turning again, and heard a roar of applause, and I told myself ‘everything is OK’.” When people came up to her after the show, with tears in their eyes, to thank her — she realised this was something she wanted to pursue full-time.

Sufi whirling, sometimes known by the Arabic name Sama (which means “listening”), sees performers twirl in distinctive wide robes in a rhythmic turning that mirrors the movement of the Earth around the Sun. It’s more than a dance, said Gorgani — “it’s a prayer, an act of devotion to the divine”. A traditional part of Sufism, particularly in Turkey, Iran and Afghanistan, it is normally only practised by women when they are separated from men. But for Gorgani, in Sufism — a more spiritually focused approach to Islam founded by followers of 13th century spiritual poet Jalal al-Din Rumi — the soul is neither masculine nor feminine. To be female and a dervish “does not go against this spirituality”, she said. “In Europe, I am lucky to be able to express myself artistically and freely.” Her parents fled Iran after the revolution, and it was during her first visit there at the age of 14 that Gorgani became interested in Sufism. She has since taken part in many ceremonies in Iran and Turkey, but often secretly. Now her performances have been forced online by the pandemic, but she has been “touched and moved” by the number of people reaching out to learn more about Sama. Her first Zoom class, during France’s first lockdown, attracted around 100 people and the numbers have continued to grow as she delivers performances on every new and full moon. To her surprise, the experience has been “extremely intense”, with participants saying they are in profound need of meaning and connection. “I think I’ve helped some people reveal something to themselves,” she said. While rooted in her studies in the anthropology of music and dance, she nonetheless likes to mix up the soundtrack, opting not only for traditional Sufi music, but also live piano and even traditional French tunes such as those of Jacques Brel. “Wherever I find a state of grace,” she said.