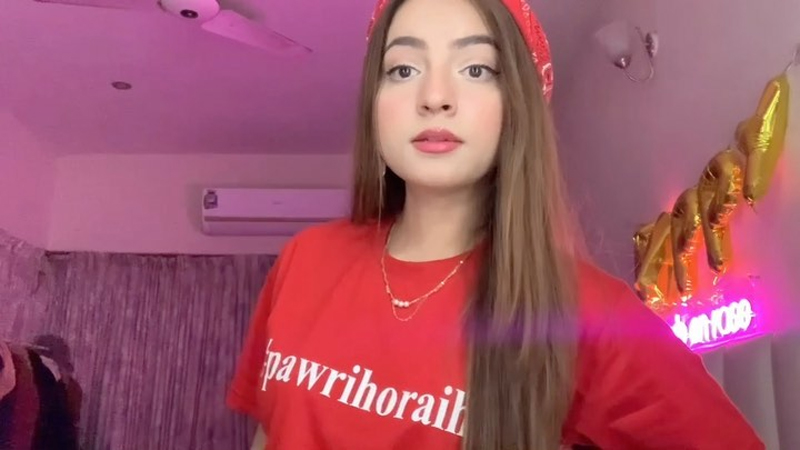 Social media sensation Dananeer Mobeen who has become the talk of town after her viral ‘pawri’ video, has hinted at a new hit song.

Turning to her Instagram, the influencer could be seen grooving to Indian music composer Yashraj Mukhate’s new track based on Mobeen’s viral #PawriHoriHai trend.

“Pawri tou abb shuru hougee! Can you guess what’s coming soon? Working on something exciting for you and your friends to enjoy on your next ‘pawri’,” she wrote in the caption.

Mukhate, is popular for turning viral videos and clips from TV shows and movies into upbeat, funny songs and now the ‘pawri’ girl has become a subject of his song

She also thanked Mukhate for his hit new song about her: “BIG SHOUTOUT TO @yashrajmukhate for this banger!!!”

Mukhate, is popular for turning viral videos and clips from TV shows and movies into upbeat, funny songs and now the ‘pawri’ girl has become a subject of his song.

“Aajse me party nahi karunga sirf pawri karunga. Kyuki party karneme wo mazaa nahi jo pawri karneme hai. (From today, I am not going to party, but I will ‘pawri’ because party won’t be as fun as pawri),” Mukhate wrote on Instagram as he shared the song.

Earlier in the day, the young influencer’s video had gone viral and had been re-shared thousands of times across social media platforms like Twitter.

“Yeh hamari car hei aur yeh hum hein, aur yeh hamari parrrty horahi hei” [This is our car, this is us, and this is our party], she could be seen saying in the video.

The viral video has been recreated hundreds of times with #pawrihoraihai trending on Twitter.