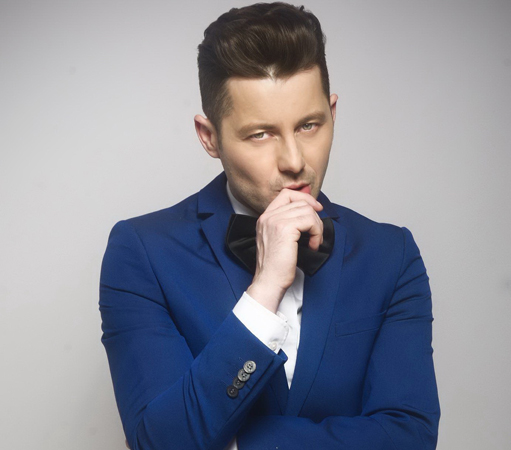 It is no secret that Akcent has a separate fanbase and recognition in Pakistan and member Adrian Sina seems well aware of it!

The Romanian musician was seen donning a traditional Pakistani kurta with straight pants at the YouTube Music Event in Europe. Sina even took to Facebook and Instagram to corroborate that his, in fact, was directly inspired by Pakistani traditional wear.

“Setting new trends with my beautiful Pakistani kurta on a YouTube Music Event in Europe,” he wrote with a picture of himself rocking the attire with a neon sign saying #YouTubeMusic in the background.

This isn’t the first time that Sina has made his love for and association with Pakistan public. Earlier, he expressed an interest in working with Pakistani actor Ayesha Omar.

Before that, in 2019, he even got into a fun Twitter exchange with the then DG ISPR Asif Ghafoor after the Abhinandan episode, before meeting him for tea.